Foley Tells the True Story of the First Thanksgiving

I was excited to learn that Daddy is related to Peter Browne, a prominent pilgrim who arrived in the New World on the Mayflower.  The news made me recall a conversation I had, here at the Bridge, with one of my ancestors, Elias Monster, who arrived with the Goodman family at Plymouth Rock in 1620.

Elias was the first Yorkie to arrive at the New World.  He was at the Plantation for six years before a female Yorkie joined him.  Prior to her arrival, he took a lot of cold swims in the harbor.

He also persuaded the Pilgrims to not settle in Provincetown.  The Pilgrims were happy to make the lovely beach community their home.  Elias explored the woods and came upon the Provincetown Indians, a bunch of proud warriors who protected and farmed their land, dressed in women’s clothing, and hung around in bars.  Elias rushed back to the Pilgrims and told them they should leave immediately.  He had no problem with the Indians’ lifestyles, but he figured it would clash with the uptight, Puritan ethic.  They didn’t flee England to settle down with the local Nauset trans community.

Elias was next to the Captain when they found safe harbor at Plymouth.  The little Yorkie was the first to tell Captain:  “Jesus, look out for the rock!”  Unfortunately, the drunk pilot could not swerve in time, creating the world-known Plymouth Rock that draws thousands of people to Plymouth each summer to the site to look at the rock and say:  “Is that it?”

The first days at the Plantation were hard.  Either coincidentally or due to fate, Elias belonged to the Daddy’s ancestor Peter Brown.  They went to explore the woods.  Elias saw a deer and ran off; Peter, being a good dog dad, ran after him.  The man searched for Elias but could not find him and, unaware of the terrain, became spooked about lions and spent the night in a tree.  Elias found him the next morning, coaxed him down, and returned to camp.  The Pilgrims thought Peter was the coolest Pilgrim they had ever seen and was the first person in Massachusetts ever called “Wicked Pisser Awesome.”

The Pilgrims suffered through the first year, and, after the harvest, they decided to have a Thanksgiving celebration.  The problem was that when they had a mid-summer beach party, their neighbors, the Wampanoag Indians, complained to the cops, and the Pilgrims has their fireworks confiscated.  Albeit, it was just a stick, set on fire and thrown into the air, causing everyone to oooh and aah, but they had so little, and it meant so much.

Elias suggested that the only way to satisfy the Indians was to invite them. The Indians were wise to their ploy, but they had a lesser harvest because they gave the good land to the useless Pilgrims.  The Indians decided it was not a sincere invitation but accepted anyway to eat the food from the ground they should never have shared and made the Hunting Ground great again.

The Indians arrived with plates of corn, peas, carrots, and rabbit meat. The Pilgrims only offering was a watery Jello mold. The Indians showed the Pilgrims how to play lacrosse. They countered with their own game: “Hit the ball with a stick!”  The Indians asked what you do after hitting the ball with the stick, and Myles Standish told them they hadn't quite worked that out yet. The Indians introduced a game called “Hit the White Man in the Face with a Rock.”  The Indians took great joy in the contest. The white men asked if they could play “Hit The Indian in the Face with a Rock.”   The Indians told them it would motivate the Indians to play “Burn down the Pilgrim village and Rape the White Women.” The Pilgrims voted and narrowly turned down the offer to play this new game:  along gender lines.  Women were bored after a year of living with a Puritan on a rock. They were open for some action.

Indians departed and took all the leftovers, a real baller move; the pilgrims discussed how they could harvest that the Indians had. Elias suggested working with the Indians learning how to farm the land forming a true partnership, and sharing the new world’s abundance. The Pilgrims agreed to try that for a summer, and if that didn't work, they would just pass out the smallpox blankets and let nature take its course.

It is the story of Elias’s monster and the first Thanksgiving. You never get real history from the mortals.  The Angels always will tell you what’s real. 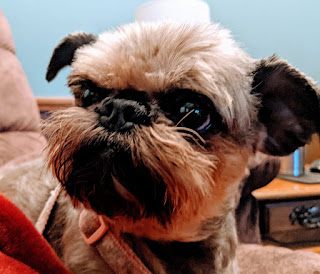 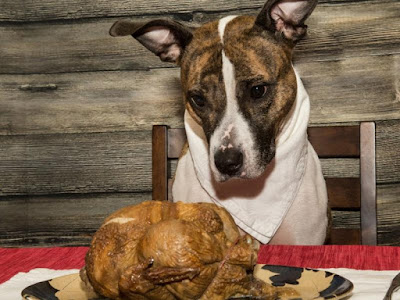 Poor Tom.  If I knew this was going to be your fate I never would have retrieved you.

What are your plans for Thanksgiving?

Have you changed them because of COVID? 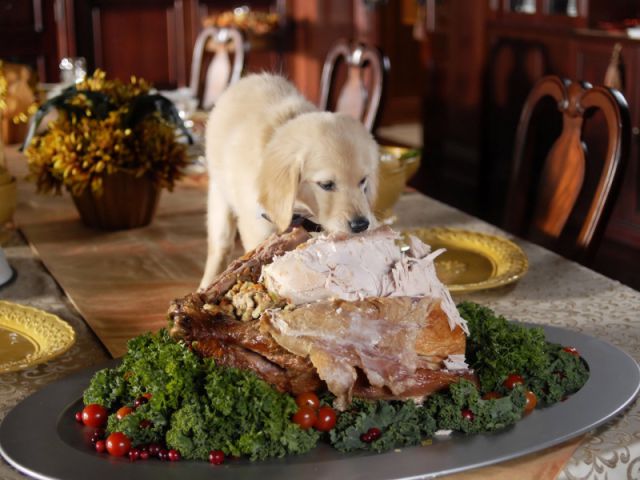