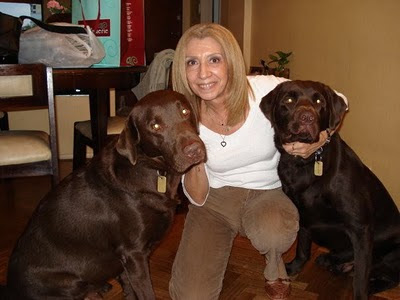 Gosh, Pocket and I can’t remember the last time we honored a dog of the week who wasn’t either at the bridge or in grave danger of catching the next train to it’s shores. It has been a hard start of the year for our Brigade, but we’re still going as strong as the day we were formed.

And we’re happy to announce this weeks pup is nowhere near the bridge, even though he did have quite a scare. But before we announce the winner I would like to say that every member of the Brigade could be named Pup of the Week because we’ve never been prouder of our colleagues.

First, we have all welcomed the Hammies, who were unceremoniously swept out of the castle. Here they have a happy home where we’ll all watch out for them. I have already asked Hobo to work out a peace treaty between them and the cats so there is no unnecessary violence.

Then there is Lily who has added another fun aspect to our site: the photo shopped pictures: of Smoochy taking our newest members on a bobsled ride, and of Hattie doing the ski jump (the picture of Pocket and I was totally real.) Then there was Kolchak who did the greatest Olympic event of all, the counter surf, combined with the daring eating of chocolate, and came through all of it no worse for the wear.

But this week’s pup of the week put a lump of fear in all our throats almost the size of the one on his back. Dogs aren’t meant to have lumps. They are usually a sign of a very bad thing. We all thought “Oh no, not another sick loved one” but thankfully his lump got debunked and he should be just fine.

As you have already surmised, our pup of the week is Luca. Hopefully, his Mom, who is going on holiday, will see this. If not, it will be a pleasant surprise when she gets back. Luca didn’t earn this just by having a non-lethal lump, with his story contests and his smart, wonderful, comments he is one of our major contributors and a beautiful friend.

Luca, Junior, and Rainbow Bridge’s wonderful Fred have been one of the driving creative and emotionally supportive forces of the Tanner Brigade. We are a better site because we have them and their wonderful Mom. So here’s to her, our Shining Star Mother, to Luca, our Pup of the Week, an honorable mention to Junior, and a Rainbow Bridge Pup of the Week reward for Fred. Well deserved for all.
Posted by Foley Monster, Pocket and River Song at 5:20 PM