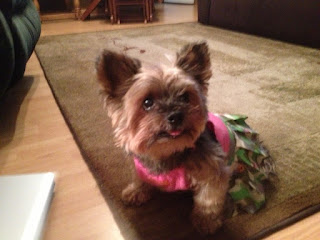 Homeless dogs need to stand out from the pack to find new families.  Sometimes, it can be as simple as a name, and when I met a dog, who wasn’t praying for a new home but to escape his hellish life,  I christened him Phoenix and waited for him to rise.

I chose that name because the 10-year-old Maltese had lived his entire life in a deplorable puppy mill.  He would have prayed for a better life, but he didn’t know such a thing was possible.  He was as hopeless and empty of faith as a cow who never lived more than three steps from the slaughterhouse.  He was only let out of his cage to breed, not the enjoyable life some teenage boys would lead you to believe.

Phoenix had heard of this other place, called the Bridge, that, when his hellish, solitary, lonely life finally concluded, he would be transported to a life there was only love.  Phoenix took a chance that such a place existed and began to give away heartbeats to those who were foolish enough to hope.  One day, when they were almost gone, he lay down prepared to see what was on the other side.

Before the last heartbeat expired, the humans came in a swarm, grabbing pups and taking them away.  When they came to Phoenix, he was barely breathing.  He was brought to the North Shore Animal League America, a non-profit rescue facility on the organization’s Long Island campus.

I was sent down to guide the willing Phoenix to the Bridge.  He was very tired but still had the strength to tell me about his tragic life.  I was supposed to take him by the paw and guide him to the River of Life, but my conscience tugged.  I asked if he wanted a second chance with a family.  At first, he scoffed, but when I told him it was possible, he regretted giving away heartbeats.  I told him I would immediately begin looking for more.

I found 100,000 for him just as his last one was expiring, and the machine he was hooked up to ceased to beep.  The staff had written him off, but when the monitor began signaling loudly, they all remarked on him rising from the ashes and agreed with me that his name could only be Phoenix.   He was brought to the Long Island Veterinary Specialists to help with his recovery.  That was the perfect place for him.  I could find a lot of available hearts there,

The heartbeats, and some medication prescribed by doctors for congestive heart failure, extended his life.  Phoenix was ready to be adopted.

He was brought back to the rescue that saved him, and they were amazed that the dog who could not stand up when rescued was now a sweet, funny, boisterous pup looking forward to his second chance at life. His story caught the eye of Beth Stern, NSALA's spokesperson and well known foster parent. She shared the story of Phoenix’ressurection with her Instagram followers. He now had a hook to help him find his home.

I searched for the right family for Phoenix and found a couple who had recently lost their Maltese to congestive heart failure and had a lot of experience in caring for a senior dog with health issues.  The couple, Bobbi and Kent, drove from their Pennsylvania home to meet Phoenix in New York.  They fell in love with him instantly, and within days, after ten years and the loss of every heartbeat, Phoenix, now named Joey, finally had a family.   He has forgotten his past and is enjoying life as a pampered family dog loving his family, and his life, like a Phoenix rising.

Today’s lesson:  Never give away heartbeats; a miracle could be right around the corner