Pokey Lunn is our May 16 pup of the wek 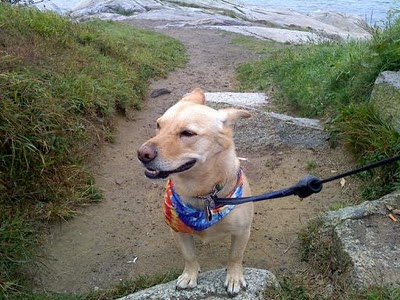 We have never had a more difficult blog to write. I'm just a Yorkie, and I have a very tiny brain. I must choose my words carefully so I don't say the wrong thing. My heart is more full with words then my brain, and when the words come from my heart, they come in an uncontrollable rush.

Pokey is or pup of the week because he has suffered some unbearable losses this week, which I am sure you are all aware of. He lost his brother Cooper. He lost his beloved mother's companionship for several days, and today, with her home, he still must be very confused.

Our hearts have broken for sweet Miss Laura. She rescued Cooper in January. He instantly bonded with Pokey. They became best buds. Miss Laura shared their antics through videos, pictures, and delightful blogs. But inside of poor Cooper something was ticking.

We don't know why he turned on his Mom. Shiloh's Mom, who was lucky enough to see Pokey and Cooper happy together, says it is thought that Cooper had issues with having toys or food taken from him. A short time ago he began to snap at his Mom when she took what he considered his, and then on Wednesday, while she sat patting him, that poor dog's soul just got flung right out of him as all the pain and anger he had kept bottled up inside of him exploded outwards. When Miss Laura was attacked Cooper was far gone, all that was left was the bones, skin and fur he worse in this life, no more her dog then what's left of us after the dogtor gives us our shot and sends us to the Bridge.

Where did this begin? We will never know. All we have is holes filled with questions. The people who surrendered him, did they abuse him? Or did they rescue him from the abuser, found him to be aggressive but didn't tell the shelter in fear that the dog they loved, but could no longer abide, would be put down. Whatever caused Cooper to turn on his Mom, he caught it from the meanness in this world, that we try to shelter our loved ones from and keep from touching our fragile lives.

Now, here at the Tanner Brigade, I guess Pocket and I are the government. Now, if we were a human government, we'd have to investigate this. Each member could then speak, just like the humans, getting their five minutes of TV time saying nothing about something, and then we could pass a rule that this would never happen again, which would only make it harder for shelter dogs to be rescued. Thank God Pocket and I aren't organized enough to hold hearings to pass useless legislation that don't mean nothing and only hurt those they are trying to help.

So Pokey, all we can do is support you and your Mom, because what happens is like when a tornado hits your house, or your house gets flooded, or someone gets drunk and drives through you living room. It just happens.

Did you ever wonder why the largest donasour in the world had the brain the size of a pee? Because that's the way it is, and there's nothing anybody can do about it.

But if there is one thing that came from this, it's that a group of people on a computer can become a family, can feel joy, sadness, triumph and misery in the lives of people we've never met, never talked to, but care about as much as members of our own kin. We all love Laura, we love Pokey, and we look to the sky to send Cooper our love at the bridge. So if there is one thing good thing that has come of this, it has solidified us as a large, wireless family.

So, on this, one of our saddest days, we have to thank Miss Laura, and Pokey Lunn, our pup of the week, for strengthening our Brigade and our wireless family.
Posted by Foley Monster, Pocket and River Song at 11:16 AM

Email ThisBlogThis!Share to TwitterShare to FacebookShare to Pinterest
Labels: Pokey, Pup of the week