A Foley Rant About Fireworks 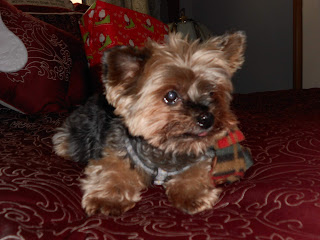 It has been a long time since I have done a patented Foley rant. Prepare yourself:  After what I have seen from the Bridge this 4th of July holiday, it is time to end the readily accepted practice of backyard fireworks.

There were more fireworks this year than ever before. Accordingly, there are more stories about animals running away, having panic attacks, or even dying, because of fireworks. Why has the day we mark our country's Independence become a day that dog-loving citizens dread?

Dog parents see the need for fireworks celebrations on the 4th of July. The professional displays are usually done quickly and can be tolerated. But it's the private fireworks that are the bane of dogs and owners everywhere. These backyard fireworks can go all night long. Some of us can tolerate the popping noises that occur when fireworks are set off, but it is the explosions caused by M-80s and cherry bombs that makes us nervous, causes our dogs to go days without eating, and to jump over fences and run for their lives to escape the terror.

The cherry bomb that sent Pocket into a tither was launched from Dunbar Street, a quarter-mile from my parents' home.  According to the local police blotter, six people called to complain about the fireworks on Dunbar Street. The street is half a mile long, filled with residential homes, with small backyards. It is less than a half-mile long.  Responders reported the call as unfounded, all quiet, peace restored, or services rendered. That sounds like something Stormy Daniels would write in the memo section of a check she received. To those in the listening distance to the fireworks, it seems like the shooters never took a break.

The next day my parents talked to their neighbors.  Their dogs had similar reactions as Pocket: Some were still not eating, others were up all night. If your dog is up all night, then you are up all night. Did our founding fathers create a country so close to 250 years later on the date they signed their historical document, citizens would be kept up all night, living in fear so others can have illegal fun?

Sadly the fireworks laws are becoming obsolete, like the ones that keep men from wearing goatees or putting tomatoes in their clam chowder. Fireworks are seen by many, including those in law enforcement, as harmless fun. On Facebook, people readily admit to setting off fireworks in the yard, and chastise those who complain about their illegal activity because the revelers are just having fun.


On July 3rd a man in our city was building launchers for his extensive fireworks display. He set one of them off on his deck, which lit the stack of fireworks containers on his porch on fire.  The entire stash exploded with such fury that a neighbor said he thought he was in Kabal. The outside of the house suffered extensive damage.
Thousands of dollars in taxpayer money was spent responding to the incident. A limp warning was issued by the authorities not to use fireworks. The next night? The air was filled with illegal fireworks. The result?  No arrests, no citations, no confiscations. It was the same in every city and town in America.

Many of these fireworks display include extensive preparation: Launchers have to built, boxes of fireworks are brought to a launch site. When I read on the blotter that officers responding to fireworks calls reported that the perpetrators were gone on arrival, or the complaint was unfounded, I wonder just how committed those offices were to stop the fireworks. Especially when minutes later there is another firework call for fireworks at the exact same place
.
Dog parents are amazing. There is nothing they can't accomplish for the welfare of their dogs. It is time for them to step up and hold the local cities and towns accountable and make them follow the law and do away with backyard fireworks.

I urge my friends’ parents to write to the town leaders and the chief of police and demand that the laws are upheld. If you have a group of pet lovers in your neighborhood form fireworks, watch for the 4th, to call the police if you see fireworks, and to keep calling until they stop.  The squeaky wheel gets the grease.