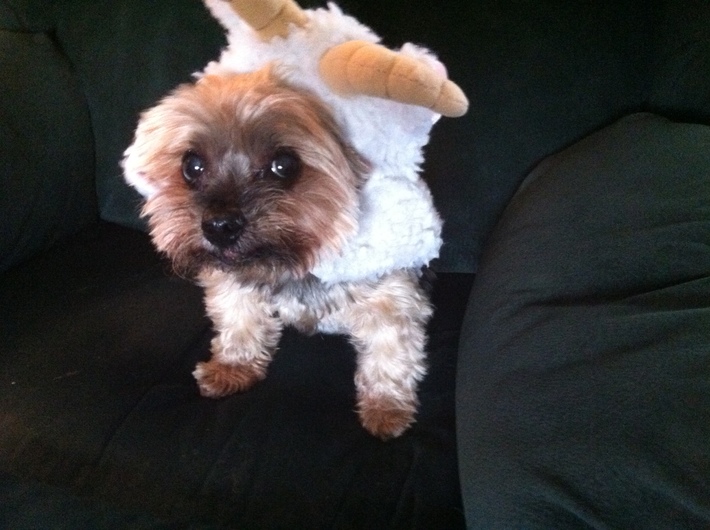 We dogs are all supposed to protect our families. I learned countless stories that exhibit our incredible feats of strength and bravery when something threatens their parents.  Sometimes, dogs make the greatest sacrifice while battling evil forces who put their parents in danger. When we become angels, we can no longer physically protect our humans. But, there are incredibly determined dogs, who have aided, or avenged, their parents from the mortal side.  I recently met one such dog who was visiting who from the land called Happily Ever After.  He walked the Earth in the 1700s, and to this day, angels recall him being a dog whose ghost spirit was so strong he avenged his death. This is Blue’s story.

He lived in England with his dad, Randolph, who was a drinker and a braggart.  Randolph liked to go to The Rusty Nail, a local bar in Blue’s native Manchester.  A few days before Blue got sent to the Bridge, a barrister arrived at Randolph’s home and gave him a bag of gold coins that was an inheritance of a deceased uncle.  In his excellent fortune, Randolph took some of his newly acquired gold coins and went to the Rusty Nail to celebrate.  He began to buy rounds and boast about his good luck.  Blue tried to warn him that he was inviting trouble, but Randolph refused to listen.  Blue warily eyed two men sitting in the corner.  They had taken an interest in Randolph’s story, and they did not smell right.

When Randolph left the bar, the two men in the corner followed.  Dog and his master were crossing a Bridge when they heard horses approaching.  Blue recognized the smell.  It was the two men from the Tavern.  They dismounted and approached Randoph with guns drawn.  The men demanded that Randolph give them the gold coins he had on him and then bring them to his house to get the rest.  Aware that his good fortune could quickly disappear. Randolph refused to oblige and tried to feign ignorance.

The men pointed their guns at Randolph and demanded his money.  Blue was growling at them, and when they approached, he lunged.  One of the men lifted his weapon and fired, hitting Blue in the chest. He was horrified to see his only companion grievously injured. Randolph abandoned a life of cowardness and charged the men, who fired, hitting Randolph in the stomach.  The men, afraid that someone had witnessed the shootings, remounted and rode into the darkness.

Randolph and Blue felt their lives leaking away.  They passed over with hand in paw.  The duo arrived at Rainbow Bridge together and prepared to cross, when Blue stopped, told his dad to go ahead because he had one more task to fulfill.

Blue, in ghost form, went back to the Bridge, and while he waited, he summoned a lifetime of energy to make his spirit as robust as possible.  Blue knew how men behaved, and he was sure that the hooligans would return to rifle through his master’s pockets looking for money and a clue to his home, where more gold awaited.  In the middle of the night, the men reappeared and began to search the body.  When they bent over the man Blue, in ghostly form, attacked them, biting on the legs and arms, until they left in terror, in need of medical duty.

Blue jumped in the water, floated until he came to the Bridge, climbed out, and crossed over minutes before he would have been exiled from the afterlife and forced to walk the world as a ghost. Blue had gathered so much power trying to be a spirit that he left a trace of himself on the mortal side.   To this day, when people cross that bridge late at night, some report seeing a ghost dog who looks like Blue waiting in the woods.  When approached, he disappears.

On Halloween, ghost hunters, both professional and amateur, flock to the bridge, hoping to catch a glimpse of the spirit dog.  There is no reason for them to be scared.  The ghost is friendly.  Unless you are a criminal, then he is a ghost avenger, and you should be terrified.

Posted by Foley Monster, Pocket and River Song at 9:04 PM