The Brightest Star by Foley Monster 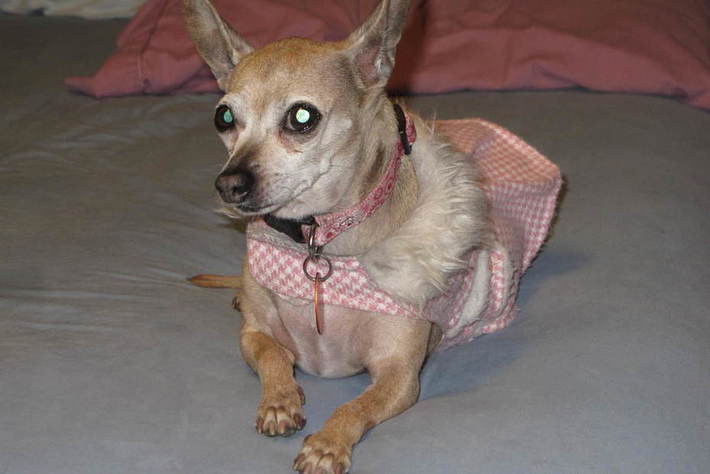 It's is time that I told you another secret about the Bridge. I know you have been brainwashed by big astronomy to believe that those bright lights in the sky are suns millions of miles away. How silly!  Big astronomy developed this theory to explain something they didn't understand. The truth is when you look to the sky and see stars; they are just angel shadows.

Shadows work differently at the Bridge. Being here is like living in the upside-down. Our shadows cast towards the sky. When the sun is out, no one can see them.  But as soon as night falls, they twinkle in the dark sky.  And we always shine the brightest for those we love.

This week we are fortunate enough to get a very bright star in the sky. Coincidentally the angel shining that light is named Star.  She belonged to aunt Gail's pack.  She had been in a lot of pain before her mother helped her pass over. Her spine was making it too painful to walk.  Then the dementors gave her a seizure to signal her time as a mortal being had expired.  Her mom helped her take the last steps towards Rainbow Bridge.

When Star passed over, it was comforting to see how all the maladies that had affected her just minutes before dropped away like shedding fur.  In a minute, she was running.up the steps to Hobo’s landing and then did several spins around, celebrating being pain-free for the first time in a crow’s age.

I wish Aunt Gail could have seen the way that Star and Abby played together. It was as if they were reliving their puphood.  As with every crossing, the laughter became sorrow when Star remembered about the pack she left behind. Most of all, she missed her mom Gail who had loved her with every bit of her heart.  Gail got that love reciprocated by her dogs.  It was more than she had ever received from any human.

The grieving process is much easier for us than it is for humans.  We have various ways to visit our parents after we cross the Bridge.  Also, we know we will see our parents again someday.  Most humans believe very strongly that they will see their beloved pups in the future. But no matter how much you believe in something unless you know it for sure, doubt lingers.  Our job as angels is to erase doubt.

Their creators have presented many gifts to humans.  But humans had to give up gifts too. One of those was the ability to understand what was happening in the next life.  It's a hefty price to pay for opposable thumbs.

I have explained the many ways angels try to contact their parents. But, after giving up that sense, it is difficult for people to see angels. Babies can, but once they learn how to use that thumb, they lose it.  I think that is why angel shadows go up.  If you need to know, your angels are looking out for you; look to the night sky and see them twinkle.

I hope Aunt Gail realizes the brightest of those stars belongs to her Star, trying to break the laws of physics as she attempts to shine so brightly it turns night into day.

It's the least we can do for those who did so much for us when we were mortal.  It is not their fault that they are all thumbs.

Posted by Foley Monster, Pocket and River Song at 8:29 PM