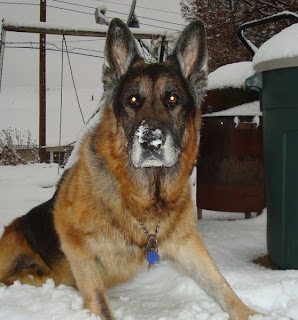 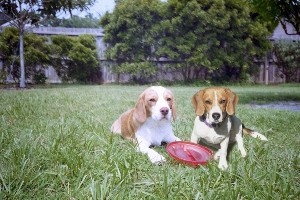 Two of our dogs went to their forever homes this week.  After a long journey Freddy finally made it to Steve and Tommy's house, and our sweet friend Baron the Bear (the dog so nice they had to name him twice) went to his forever home at Rainbow Bridge to join his friends and wait for the rest of us and his beloved Mom.

Both trips required flying.  Freddy flew on pet airlines.  Bear grew wings and flew to the path that led to Rainbow Bridge.  Freddy flew in a crate, looking down at the friends he flew over, giving out a "HAROOO I am going home" bark that could barely be heard over the plane's engines.  Bear used his wings to fly, stopping by to softly lick the tears from his Mom's face, something she barely felt, before flying off to the Bridge.

It took a tremendous amount of hard work and cooperation between a great group of TB and DS Moms and Dads to get Freddy to her home.  It took the incredible will of Bear's loving Mom Monica to delay his flight to the Bridge for as long as possible.  Bear's body had given out a year ago,  but his heart, that strong heart of his, would not quit.  It was super powered because like all soul mates, his heart, and his Mom's heart beat as one.

There were many obstacles to get Freddy to her home.  There were people to be lined up to foster her, to drive her from home to home.  The forces of nature even tried to interfere with her trip by throwing a blizzard in her way but that could not deter the people determined to get her home.  It took his Mom, doctors, and all sorts of pills to keep Bear with us.  He even got wheels to help him move around.  There wasn't a single obstacle too great to keep Freddy from reaching her forever home and help Bear postponing his trip away from his Mom.

This week Bear's trip home to the bridge and Freddy's trip to her home with Tommy Tunes had began to unfold on parallel lines.   On Wednesday both Freddy and Bear began to make arrangement for their long, final trips.  Freddy got on her plane and went on her chartered flight home.  As the DS sand Tanner Brigade communities began to celebrate sad news began to arise from the North.

Our good friend Bear, who had been sick so many times before, had a good night that Wednesday, but while Steve and Tommy were picking up Freddy at the airport, Bear began to have labored breathing, and needed a vet visit.

As Freddy was walking into her new, loving home, Bear was  having labored breathing and a temperature of 104.

On Friday as Freddy was moving all her personal effects into her new home, arranging her room, and hanging her picture of her Mom Gina, Bear was at the vets, where they found that he had pneumonia, a serious diagnosis for older dogs.

Maybe, just maybe, Bear stayed to make sure Freddy got to her new home before he decided to grow wings.  If no one else could find a set of wheels to get Freddy there Bear's back leg wheels would do the trick.  When he was sure they weren't needed he decided it was time.

And I do believe Bear knew it was time.  His Mom took him to the vet.  He got some antibiotics and his fever broke but he didn't respond well.  His breathing was still labored.  His mind drifted down to Florida where Freddy was running freely and he remembered the days when he could do that.  Freddy was safe, and his Mom was now there.  He looked up in her eyes and she knew it was time to let him go.

Now understand Bear was no ordinary dog.  Loyal, strong, loving, friendly, compassionate, admired by all who saw him or read about him.  His passing to the bridge left a huge whole in the dog world.   There is no replacing Baron Bear.

Before going to the bridge he stopped by Florida, ran up behind Freddy and gave her a friendly pull on the ear.  Then Bear soared to the Bridge, and rumor is, for the first day, all he did is run, run like he was a pup.

Two dogs, one with a story that fills our hearts with joy, the other with sorrow.  One entering his forever home on Earth, one leaving his Earthly home for his forever life in the next life.  One parent laughing at the joy a new dog brings, another heartbroken at the pain an old dog passing leaves.

It is a short history of humans lives with dogs.  The excitement of a new pup, the compassion and love they inspire during their lives, and the heartache when they go.

So here is to our Pups of the Week Baron Bear and Freddy.  Long may they both run.