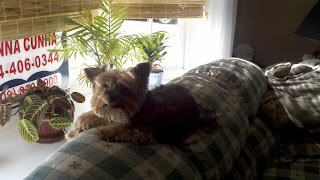 As always these are actual questions from actual dogs unless we made them up: