Foley calls for a beach for dogs

This strangely warm (for us in the Northeast) winter is coming to an end and a young dog’s heart turns to thoughts of the summer. Lying in the warm sun. Chasing those pesky tree rats. Chasing waves at the beach.

Oh wait, strike that last one. No chasing waves at the beach. As soon as the temperature rises and humans begin flocking to the beach like lemmings signs get pounded into the sand that say no dogs allowed.

Why are we banned from the beaches? Are we going to ugly up the beach? Have you seen some of the ugly on the beach? 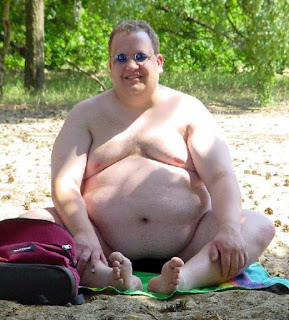 Now how can we be worse for the beach than that? And when did this ban begin? We have evidence of dogs being allowed on beaches in in 70’s. In one of my parents favorite movies, Jaws, there is a dog on the beach with the humans. The dog’s name is Pippet. He gets eaten by a shark while fetching a stick. That is why I prefer the Godfather. Lots of dead humans, no dead dogs.

The fear, of course, is the we will leave waste product on the beach. But, in an online poll conducted by Pocket the census taker we determined that 85% of humans void in the water so what’s a little dog voiding going to hurt? 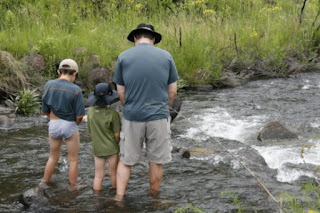 Plus we know what to do at the beach. Humans? You lie there in the sun doing nothing. Maybe hit a ball with your fists over a net, big whoop. But us dogs? We chase waves. That’s the coolest thing to do. Or we run up and down the beach feeling the soft, cool sand on our piggy toes. Or we sneak behind drunk frat boys and eat their hamburgers. No one has a better time at beaches than dogs (unless we get eaten by a shark. But that was totally the fault of the guy throwing the stick. He overthrew Pippet like Tom Brady over throwing Wes Welker.)

But, before you humans get your pitchforks and torches to change the tyrant’s odious rules let me speak for dog kind. We don’t want your stinking beaches. We want our own beaches. We have our own parks, why can’t we have our on beaches? You may not want dog Vick on your beaches but we do not want this on our beach. 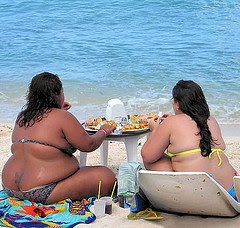 (A note from Pocket Dog: Blog Editor and Chief: OK, obviously Foley has completely run out of ideas and has written this blog just to post pictures of fat people at the beach. I would like to apologize to all our loyal readers who depend on this site for first rate dog humor. I promise this will not occur again on my watch. After writing this note I will delete her next blog: Golfing on Uranus. You know you laughed.)

So humans, go get your pitch forks and torches and go see the One Percent and demand that we get a doggy beach. Then, when we win, we’ll see you this summer. “We’ll bring the wieners.
Posted by Foley Monster, Pocket and River Song at 8:47 PM