Caroline and Her Mom Prove One and One Equals Three 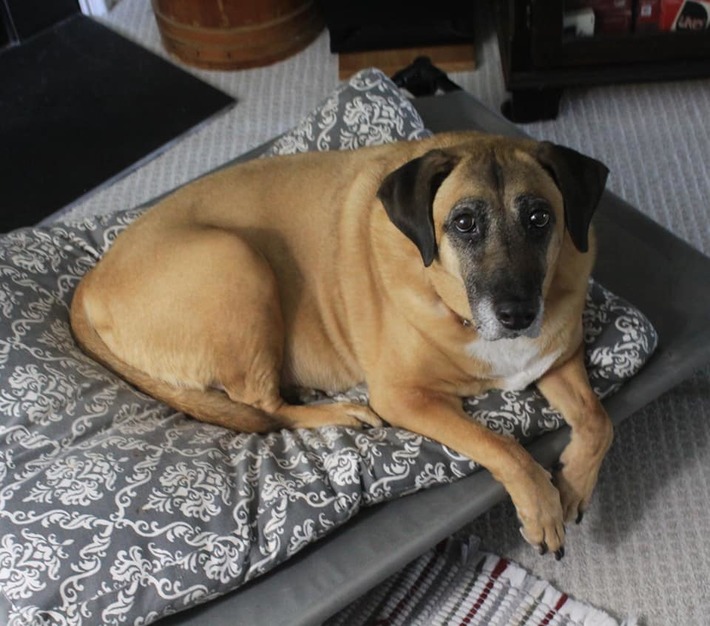 Lately, I can’t get a good night’s sleep or a day’s rest.  I have never been so inundated with new angel arrivals since I arrived at the Bridge.  Every time I swear in a new pup, it drains me a little bit.  My rest time rejuvenates me.  But, the angels are passing through quickly now, and I am getting tired and more depressed by the day.  I wish the stream of dogs would end.

Of course, it isn’t about me.  I am just like a postal worker whose job it is to put the mail into the sorter, and makes sure it gets to the proper place.  It seems like someone has removed the sorter, created a backup, and a steady stream is slowing to a persistent, never-ending trickle.  But who would be dumb enough to remove a mail sorting machine?

For whatever the reason, it seems like I can barely go a few hours, without being summoned to Hobo’s Landing to swear in another angel, and help them accumulate to their new world, where they will stay until they are reunited with their parents, and move to the world of Happily Ever After, where there are no worries, just joy.

It is worse when the pup is an old friend from Doggyspace, especially since there are fewer of them on the mortal side.  I remember when the vast majority of us were playing together on the mortal side.  Now we gather at Doggyspace Town Square, where there is freedom, and no reason to fear being hurt, but we are missing, except for a few who are here, our parents.  Until they come, our hearts will never be whole, nor will theirs.

When it comes to dogs and their people, one and one equals three.  We create a third heart that we share with our parents, and we come to rely on that heart for comfort, love, and peace.  When one of those who share that heart passes, it not only extinguishes the third one but also damages the organs that beat in both their chests.  (Angels heart still beat, just lightly and undetectable.)

This week Caroline, and her mom Ann lost the third heart they shared when, after watching cancer ravaged Caroline’s body. Her beloved dogfighting with every ounce of her devotion to staying with her, Momma Ann made the most difficult decision, to restore Caroline to her young, healthy form at the Bridge, and take all Caroline’s pain on herself, the last. The most important, selfless act humans do for their pets.

Her decision saved Caroline from a long road of misery as she waited for painful cancer to overtake her heart and stop it slowly.  Unfortunately, despite how much better we feel after being sent to the Bridge, we are robbed of the ability to thank our parents for their selfless decision.  We try to light up the sky with stars, form rainbows, dash about like butterflies, and whisper thank you on the breeze, but we never know if our parents recognize that it is us giving thanks.

That is why I spend time writing these missives to the mortal side.  I have been given the unique ability to communicate with people, and I hope I have been able to convey, especially to Momma Ann, that all dogs are thankful to their parents, for the lives we were given, and in some cases, the release from pain that crossing over gives us.

Caroline invented a new way for us to say thanks to our parents.  At nighttime, she sends her voice down, to bark thanks.  Momma Ann hears it as a disembodied bark in the night, assuming someone left their dog out.  I wish she, and the rest of our parents understood when they hear that, it is their angels saying thank you.

And, right now, no one is more thankful than Caroline, who feels like her puppy self again, and will never suffer or be in pain.  That makes her bark thanks to the night.  Hopefully, Momma Ann will hear it.