Love Does Not Need a Home 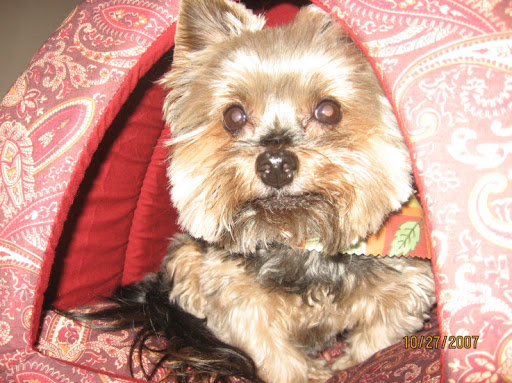 We angels do have a lot of responsibilities.  They are all essential, none more so than taking care of our parents.  But, the most rewarding duty we have is when we reunite pups and parents.  Here is a story about one dog and person I helped.

We dogs don’t judge humans.  We know some of them to fall on hard times.  A dog would never leave a man because he did not have a home or a warm bed to sleep in. Although some of our more pampered members may be insistent on having things the way they want them, if all that was taken away, they would be content with you.

Let me introduce you to Anthony Rogers.  He is an artist from Tennessee.  Sadly, his artwork did not sell enough for him to live on, and he lost his house, and his possessions, except for the most precious one,  his dog Bobo.

Life was hard on the street, but Anthony made sure that Bobo was well fed, even if Anthony wasn’t, Bobo’s fur was well taken tended to, and he was never in danger.  Anthony could bear all the indignities life threw at him, as long as Bobo was by his side, but then came the tragic morning when he awoke, and Bobo was not next to him.

Anthony searched the area where they had slept the night before and called Bobo’s name to no avail.  He didn’t have a way to post Bobo’s picture on the Internet.  He did have a photo he carried with him, and he made copies of it and posted it on poles, but he had no home, or a phone, so even if Bobo was found, there was no way to contact him. Positive he would not see Bobo again; he prayed his friend was alive and in a better home.

Like all dogs, Bobo is a slave to his instincts.  When he was scavenging for breakfast, there was a squirrel doing the same in a dumpster.  Bobo had not tasted fresh squirrel meat in eternity, so he chased the vermin across streets, down alleys, through yards, and into a park where the squirrel jumped into his home tree, and Bobo realized he had no way back home.

He was found and brought to the Memphis Animal Shelter.  Bobo was terribly upset that he had got lost, and hated being in the shelter, having become used to being free and outdoors.  He knew he could end up in a real home, but that did not matter to him.  He sent a prayer to the angels, and it landed on my desk.

This was going to be a severe case, not because there were hundreds of miles between the dog and parent, but because finding Anthony would be as hard as finding Bobo was.  I decided to take it one step at a time.  I went into the dreams of Dorothy, a shelter worker, and suggested she look in the city for any Lost Dogs posters and see if any other them matched the new dogs they had just welcomed.

Dorothy followed my instructions perfectly.  She found the flyer with Bobo’s picture on it and brought it to the shelter.  There was a number to a local store where Anthony checked several times a day.  He arrived at the store a half-hour after Dorothy called.  When he got the message, he ran to the shelter, where he was joyfully reunited with Bobo, who covered her dad with 1,000 kisses.

Bobo was better off for his stay.  He has been examined, microchipped, bathed, vaccinated, and neutered, which should cut down on his roaming.  They are still on the street, but his dad is more determined than ever to find Bobo a forever home to live with his forever person.

I will stay as an angel on their shoulder until they get there.

Posted by Foley Monster, Pocket and River Song at 9:01 PM