I have been visiting Dr Freud lately.  Nice gentlemen.  Comfortable furniture.   Pipe smells great.  He’s coked up half the time but who am I to Judge?  The Big Guy sent me to him.  He seems to think I have anger issues. I think I have done a wonderful job controlling my temper, until this week.  “Serenity now, serenity now.” he taught me to say when I get upset.

I got summoned to the Bridge.  I looked down to see Hagan climbing towards me.  I felt my anger rising.  I had flown so many prayers for Hagan up to the Big Guy.  There were an army of angels flying up Hagan’s prayers.  The last we had heard the answer to the prayers had been yes.  Then suddenly, without warning, the answer was no, and Hagan was separated from his beloved parents.  Serenity now. 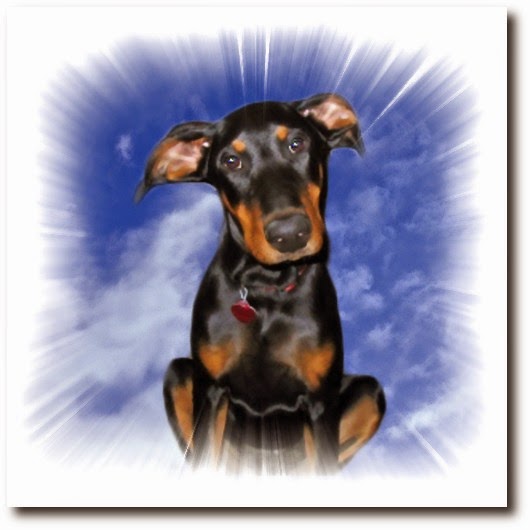 I asked Hagan what went wrong.  “I know my friends prayed for me to get better, unfortunately the answer was no, but I said a prayer of my own, that I could feel better for just a few more days so I could spend some extra time with my parents.  Those prayers were answered yes.  And I am so thankful they were answered because my parents and I treasured those days.”

I understood but still felt gypped that so many friends thought Hagan would be all right when the opposite was true.  I could not let him see me angry.  It was unprofessional.  So I swore him in, then I hugged him and told him how sorry I was he had to leave his family.  I quickly got him fitted for his wings, gave him some flying lessons, and then led him up to Tommy’s who awaited with a huge plate of chicken and steak, plus a bowl of popcorn.

I was settling in to watch his family cope with his loss and give Hagan encouraging words when my beeper went off again.  Another pup friend was arriving.  I flew to my post and saw a pug climbing the stairs.  I wasn’t sure who it was at first until she introduced herself.  She was Greta from the http://idahopugranch.blogspot.com/.  I was surprised.  She was still a pup.  I asked her what happened and she told me she got sick after eating a mushroom and she passed over.  I gave her a hug and told her that she could eat anything on the ground now, run, play and never have to worry about getting sick or injured.  I got her wings, helped teach her how to fly, and took her to Tommy’s to meet all my friends.  I promised her she would never be alone again.  And then my pager went off. 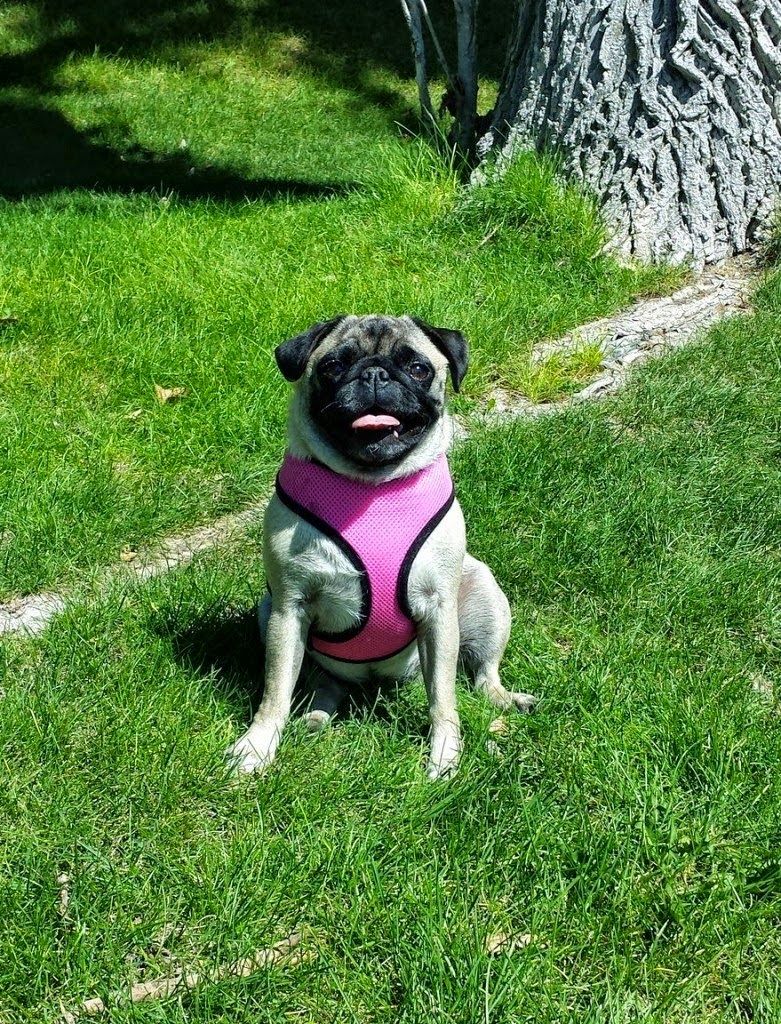 I had to go back to my spot on the Bridge again and I was getting mad.  Serenity now.  Serenity now.  That’s when I saw Nike.  Just a little pup.  So young she was born after I passed over.  I swore her in, fitted her for her wings, and then asked how she passed over.  She told me she went running downstairs to her doggy door when suddenly flood water poured in, caught her, and she got sucked her right through the door.  By the time her Mom got to her she was gone. 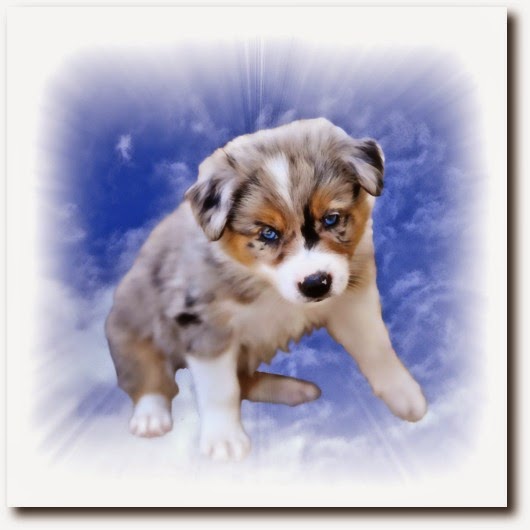 There would be no serenity now but I couldn’t scare this puppy so I flew her too up to Tommy’s place.  Thankfully, like the ground at the Bridge, Tommy’s mansion keeps expanding, which is good because we certainly need the room.  Then I flew straight up the mountain.

I reached the Big Guy’s cloud and I just stormed in.  The Big Guy dropped his quill pen, rubbed his temples and muttered “Oh me.”  He waited a minute while I stood on his rug, on my back legs, my arms folded, one paw tapping on the floor.  “Yes Foley?” he asked.

“I have tried to remain calm,” I said quickly.  “I have done my breathing exercises, repeated my mantra, and it was working.  I know you promised Hagan’s parents he would be all right then went back on your word, but Hagan explained that he made a deal with you to stay a little while longer.  So fine.  Then little Greta was just in her yard, ate something she shouldn’t have, and bang, she gets sent here.  OK.  I understand.  LIttle dogs make mistakes.  But Nike!  A puppy!   Dies in a flood!  In the middle of the freaking desert!  You make a flood in the middle of the desert and a puppy gets swept away in it and what, it will all make sense some day?”

“Well I have been her more than a year and it doesn’t make any sense to me!” I barked.

“It’s not someday yet Foley.”

“And when does it come?”  He didn’t answer, and I knew his answer would be someday.  These trips were really getting to be useless.  I turned to leave when he called my name.

“You have many friends that you have me on the Internet have you not?”

“In fact these friends have enriched your life immensely have they not?”  I agreed.  “Do you know why I invented the Internet?” he asked.

“Well In invented Al Gore,” he said.  See, I knew I could get him to admit a mistake.  “And the Internet was invented to bring people together.  People have used it for other things, people often misuse my gifts, but you and your friends used it correctly and now you have a large, loving family do you not?”

“So right now you, and your family on the mortal side of life, along with many others, have a family reaching around the world, all ready to give love, support, humor, understanding, more than even their biological families give is that true?”

My silence was affirmation.

“So your complaint is that you have lost so much because you have so much to lose?  Would you rather you have nothing to lose, no friends around the world, no love, no support, no understanding?  You wouldn’t be angry right now, all these dogs would still be here, even the one who drowned in a flood at the desert, you just wouldn’t know any of them, and their parents would not be getting any love and support right now instead of the cards, the gifts, and the love they are getting.  Which would you rather have?”

I sadly nodded, too proud to admit he had a point, that the Internet had given us all wonderful families, but, with the best of families there is lots of pain and sorrow and turned to leave.

“Please prepare yourself Foley, there will be more senseless deaths, more hearts broken, and I need you and your friends to help heal them.”

I looked back and nodded just as my beeper went off, and while I hoped it wasn’t a friend, I knew it would be someone who left behind broken hearted parents, and hopefully us angels would be able to heal the pain of the broken hearted.
Posted by Foley Monster, Pocket and River Song at 11:49 PM

Email ThisBlogThis!Share to TwitterShare to FacebookShare to Pinterest
Labels: Greta, Hagan, Nie, Pups of the Week, the Big Guy