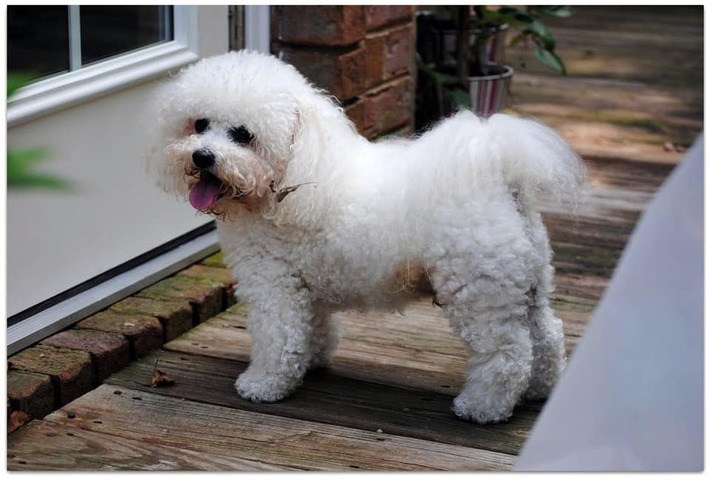 Eighteen is an age all dogs aspire to reach because, true or not; it is when humans mature. JD had another reason for wanting to get that age:  To vote in the Presidential election.

His mother told JD that even 18 years old couldn’t vote. But, thanks to a mistake in the city clerk's office, they didn't believe a dog could be mortal at 18 and assumed he was a teenager sent JD a mail-in ballot.

Mama Silvie didn't think JD voting in the election would be an issue. Once the clerk's office realized he was not human, they would discard the ballot.  But in the election day confusion, the vote was counted, helping Silvie’scandidate wins.

Once this was accomplished, JD decided it was time to retire to the Bridge. He could leave his beloved mom in the paws of his siblings. Two days after his 18th birthday, JD lay down his mortal coil and became an angel.

You can imagine the uproar that accompanied JD when he reached Doggyspace at the Bridge.  No pup had ever voted in a presidential election before. Giving the franchise to dogs could completely change the two-party system in America.  Dogs never make the wrong choice.

That should have been the end of the happy story. But one of the people in the race could not accept that he had lost. He claimed massive amounts of fraud, although he was hard-pressed to find a specific instant. That was before his lawyer went to Virginia.

Somehow attorney Sweaty G heard about JD's vote.  One of his clerks found it, and within an hour, Sweaty G was in front of the cameras saying that in Virginia, a dog voted.  Because of that, the entire election should be overturned in favor of his client.

JD was upset.  He considered his vote to be the crowning achievement of his life. Simultaneously, I was unconcerned that a judge would throw over an entire election because of one discrepancy I wanted to protect dogs' rights to vote when they reached 18.  I visited the judge in her sleep, and she agreed to hold a dream court case to decide if JD's vote counts.

At the hearing, Sweaty G  was incensed.  He claimed that millions of dogs, mostly unlicensed, had voted, and not for his client, who has remained a dog bachelor his entire life. Again he insisted the whole election be overturned.

The judge told Sweaty G that she would not overthrow an election because one dog voted. When he said there were millions more, she asked him to prove it.  He got sweatier and sweatier until he melted into a greasy little dark door spot on the floor.

With that ridiculous distraction behind us, it was possible to move on to the essential part of the hearing:  If JD's vote would be allowed.  I did my best lawyering, but I could tell I did not make a winning argument.

In a last-ditch effort, I put JD on the stand.  I wasn’t expecting what came next.  He, very eloquently and with deep passion, told the judge how much voting meant to him and how he watched his happy and proud mom when she exercised her civic duties. JD had fought off the Dementor Angels from the Bridge to finally be able to vote for a person he thought would be as devoted to bettering his family as he was.

The judge was moved, and at that very moment, she created the JD rule that allowed every animal 18 years of age or older to vote via the United States Postal Service.  She said it was a just reward for a life well-lived, and who knew, maybe dogs would save the country, which is in high-risk peril right now.

We will see how this ruling affects the next election.  All animals have better judgment than humans.  But, there is also the horse vote, and they rarely make sense.

As for JD, besides being his mom’s constant angel, he is the patron saint for all the causes his mom believes in so strongly.  Given the state of the world right now, we need all the angels we can get.

Posted by Foley Monster, Pocket and River Song at 7:58 PM