River and the Monolith 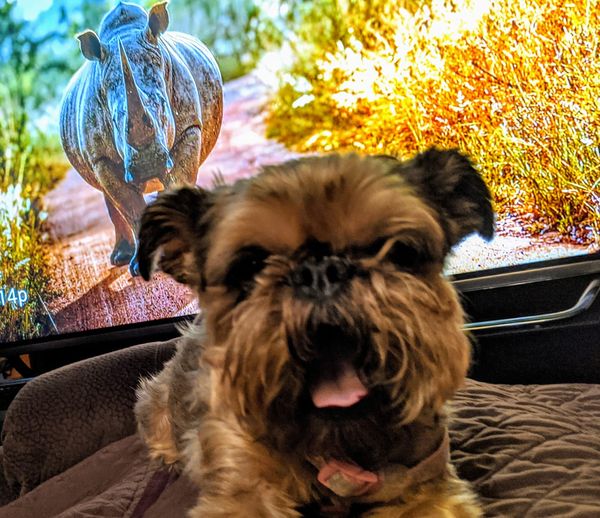 Last week, after River awoke and did her business, she went into Pocket’s kitty condo to check on her monolith.  It was still standing in the middle of her living room.  River Song patted it and turned to see an angry Pocket glaring at her.  “You said I would only have the monolith in my condo for a week; that was four months ago.  I need to put up my Christmas tree.  I want the monolith gone.”

River grumbled to herself and left the condo.  She was mad, but deep down, she knew Pocket was right.  Now, she was perplexed.  What does one do with an unwanted monolith?  River went on the Internet for suggestions.

River decided that the best place for her monolith was in the California desert.  No one went there, and it would be safe.  She told Pocket of her plans and that she needed assistance.  Pocket didn’t want to cooperate, but she did wish the damn thing was out of the condo, so she agreed to help River move it to the computer, upload it, and then download it in California and plant it where it would never be found.

That night, after bedtime, River and Pocket snuck out from under the covers, entered her condo, removed the monolith, and carried it out, with River repeatedly yelling “pivot.”  They uploaded it to the desert, left it there, and came home exhausted.

After a week of silence, Pocket thought that she could put the monolith out of mind.  One morning, while checking the news on her I-Paw, she was shocked by what she saw.  She showed it to River, who was equally amazed.  The monolith had been discovered, and a big mystery was ongoing about how it got there.  Pocket hoped someone would come up with a good lie about it because people would never believe the truth.

River said that she had to remove the monolith before it fell into the wrong hands.  She said America was too full of conspiracy nuts to be a safe place for her monolith.  She told Pocket they would be moving it to Romania that night.  Pocket was upset.  She didn’t want to go to South America.

The duo waited until everyone was asleep and uploaded themselves first to California and then to Romania, where they planted River’s monolith in full belief that it would never be noticed.  Pocket didn’t tell River, but she thought the monolith was more trouble than it was worth.

Three days later, Pocket saw on the news that the monolith had been discovered in Romania.  “My God!” River reacted.  “Some days, you can’t hide a monolith.”

She told Pocket they needed to retrieve the monolith.  “Maybe whoever finds it will just drive it back here,” Pocket suggested.

“Where were you when they passed out brains?” River asked.

“I was getting an extra helping of cute,” she said.  “It has served me well.”

That night, they moved the monolith again, this time to the Utah desert.  “It should be safe there,” River assured Pocket when they got home.

It wasn’t.  A day later, Pocket read that the monolith has been removed.  “The Christians got it,” Pocket told River.  “They replaced it with a cross.”

“Just what the world needs,” River said.  “Another cross.”

There were reports that the Christians treated River’s monolith poorly as they dragged it through the desert.  “I am concerned about it,” River said.  “It never hurt anyone.   She probably never saw it coming.  No one expects the Ogden Inquisition.”

That was when River and Pocket decided to save the monolith from the Christians.  They were able to find where the Utah Christians were headquartered.  It stuck out like a Mormon temple in Manhattan.   The duo uploaded themselves to Utah prepared for adventure and daring Do.  When they reached their destination, they found River's monolith leaning against a rusty dumpster.   Moved by her sister's attachment to the metal pole, Pocket agreed to allow the monolith back in her kitty condo.

Knowing that Pocket did not like having a monolith in her kitty condo, the girls reached a compromise. The monolith would be called Pocket's Festivus Pole. She loves the holidays, and the pole gives her a reason to celebrate year-round.

I think if they called it a Festivus Pole from the beginning, none of this would have happened.