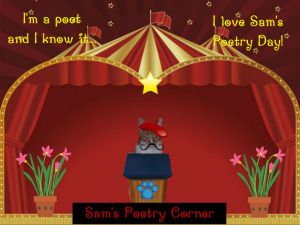 It is Thursday and Angel Sammys and Teddys Pawetaton have sent us another picture to inspire my muse. Here is my offering 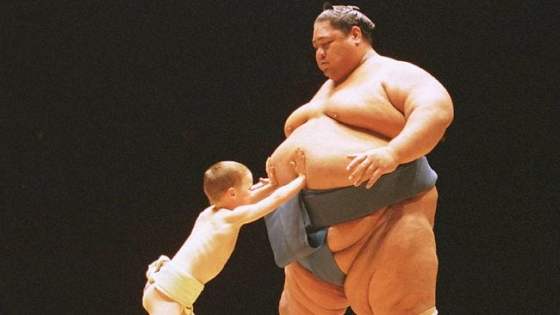 As Lin left to go to work

His wife Maya called him a jerk

He had forgotten that the day before; he did say

That today was take your son to work day

Little Key and his dad were dressed the same way

Both were wearing a mawash

While his dad prepared for his match

Key found reason to from his seat detach

And ran into the center of the dohyo to fight

And the little boy went into shock

As Key was declared the champ

And was carried to the locker room via the ramp

And the big man said resignedly

That the favor could be returned today

A girl with a right hand like a barbell

And the fight would not be two out of three falls

Because the girl always won with a whack in the balls