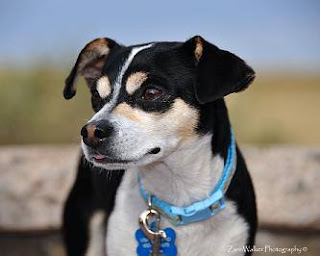 "Geordie, check the balloons; Lily, make sure the cake is frosted. Tiara, have everyone gather in a group; Max, get ready to play your trumpet  because Ranger is coming."

Ranger's angel friends had promised his mom they would give him a hero's reception when he arrived at the Bridge. Tommy was at the grill cooking steaks; the Golden Girls were planning a dance in celebration; AJ readied the silent fireworks that would hail Ranger's arrival.

Most important was Tango because he had the stopwatch, which contained all of the memories Ranger had lost in his final few months.

His mom began to notice the signs of dementia in Ranger earlier this year and hoped the progress of the disease would be slow. Still, the illness took away Ranger's mind like a rat eating a large pizza, slowly and methodically. Like all such diseases, it seemed to advance slowly than all at once,

The memories dementia sufferers lose go to the Bridge and are kept by their primary angel. The memories are uploaded to the closed pocket watch automatically and are only released when the soul who created them arrives, then the watch is opened, and full memory is reinstalled.

River's job as bailiff is to greet dogs when they first crawl out of the River of Life; I suggested that Tango give her the pocket watch, but Tango refused. The angel said they would go with River. It was highly inappropriate, but sometimes judges need to set a precedent, and I did so Tango could go with River.

They walked down to the water to wait. Ranger would be confused upon emerging but will notice all his pain and illness have gone, and he will feel whole again.

It was important to time the opening of the watch exactly when Ranger emerged because he wouldn't recognize his family and friends and may flee in fright in danger of wandering the River bank between the two worlds.

My faith in Tango was rewarded when the pup opened the watch at the exact moment, and Ranger's memories hit him like two waves, one that studied his boat and the second containing the knowledge that he had left his mom almost capsizing him. He hoped he could still tell his mom he loved her before he departed.

That is why we had planned this spectacular party, so Ranger would not dwell on his passing. River and Tango hurried him up Enzo's escalator, and I quickly gave him the Angel Oath. Tommy slapped a steak in front of him, Tashi served him a pie, Hobo gave Ranger his first bone beer, Lily showed him the four-layered cake taller than her, Max served him a side of fresh squirrel, and Geordie appointed himself head waiter,  We all did our best to keep sorrow at bay,

Sadly we have gotten good at it.

Tango and Ranger joined their mom's other dogs when the party concluded. They are rebuilding her broken heart. Hurricane Ian can't do the structural damage that is accomplished by the departure of a beloved dog,

It will be an arduous task since the amount of pain a survivor feels equals the amount of love they share, which means it is enormous.

But, the pack of Wild Ones has done it before, and now that Ranger is with them, with a mind full of memories, I know he can do it again.