Lovers not fighters: Shiloh and Otis are our pups of the week 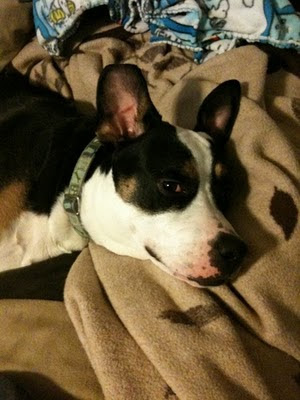 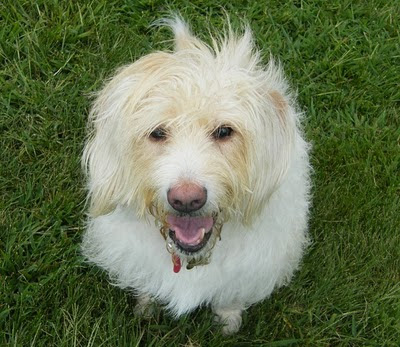 We come this week to praise those pups who are lickers not fighters. On three different occasions our Pups of the Week had a chance to fight and chose to turn away from their in born puppy aggression and take the high road, a valuable lesson for all of us.

Our first pup is our friend from Washington, the gentle Shiloh. Her Mom and Dad took her for a lovely morning at their neighborhood dog park where like minded dogs were enjoying frolicking in the sunshine. Unfortunately it only takes one little dog to stir up trouble and this one decided to pick a fight with Shiloh. Shiloh got bit on the mouth and neck. But instead of ripping the little whipper snapper to shreds Shiloh retreated to her Mom for some comforting scratches and love.

Then there is our man Otis. He was out for a walk with his Mom when another Mom, who obviously should not be allowed to own a pup of her own, had taken her giant bear like dog to walk, without a leash. The big bear dog took off after our vision impaired friend ready to attack. But Otis, a gentleman through and through, was able to avoid a confrontation with this dog, and peace prevailed. Momentarily.

Because then, in the words of Otis' Mom, she went Billy Jack on the owners' ass. (For those of you who don't know he was the coolest guy in the movies ever.) She took names, she kicked ass, and she made sure that Otis would never be attacked on a walk again less the owner wanted a can of whup ass opened on them.

But I don't want you to think that Otis' Mom doesn't have the world's biggest heart. She saved a sweet kitty (I love sweet kitties, not big cats with all their tail in the air dancing with Paula Abdul attitude) and found a good home for it, and gave it to her new Mom, even after she fell in love with the kitty, and it broke her heart to do so. She was able to deal with her sadness when she went to the owner of the dog's house who attacked Otis and smashed out her brake lights with a baseball bat. Then One Tin Solider walked away.

Which brings us back to Shiloh and her wonderful Mom. We saw with our own eight eyes the wonderful book she did for Ms Laura about Cooper. Behind every great dog there is a great woman holding a leash telling us to sit and getting frustrated.

And an honorable mention for Scooter George. We know this is an anti violence pup of the week, and you did bite and intruder's hand, but that lollipop stuck her hand where it didn't belong and you were protecting your property so she deserved it and we will back you up with the entire Brigade if anyone says differently. But you may want to dye you fur, change your name and maybe remove a couple of teeth to change your bite radius. But we're still you with Scooter George.

So congratulations to Otis and Shiloh, our pups of the week, their wonderful Mom, and an honorable Pupmention to Scooter George for knowing when it the time to fight. When the person who is attacking you is on the other side of a fence and can't touch you.

Fine dogs all.
Posted by Foley Monster, Pocket and River Song at 4:56 PM