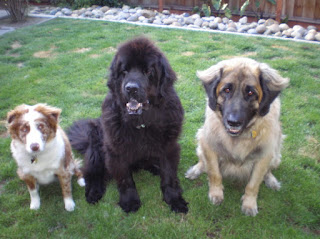 This is one of the hardest blogs I have ever had to write. I have put it off for more than a week. Sometimes I believe, after dogs have gone to the Bridge, that if I don’t acknowledge it then the pups not gone. But that isn’t true. 12 isn’t here anymore.

I think I have had two lives. One where I lived in my house, went for walks, lay on Mommy’s lap, and the second, far more rewarding life, where I do all that stuff, but I also spend time visiting my friends on the Internet and uploading myself to their houses. I don’t think there was a single day of my second life, going back to the pioneering dogs of Doggyspace, that 12 was not a part of my life.

It seems like the first time I stepped into this big online playground the first dogs to greet me were three oddly named, mismatched dogs: 12, Chappy and Whiskey. And we knew, right then, that we were going to be best buds for a long time. There were some rocky times along the way, never with our friendship, but in our lives. Whiskey was a rescue and proved to be a challenge to train but his Mom and Dad did it, with 12 maintaining a firm control over his pack.

12 was bigger than most of us, and his heart was even bigger than that. When we were down 12 always knew what to say to pick us up. He always gave us a big shoulder to lean on, a large paw to go around us when we were sad. We can’t imagine all the tomorrows without him, and don’t know how Chappy, Whiskey, Blue and his family will keep on.

But we will all be here for them, helping them every step of the way, because they are family to all of us.

For those who don’t know 12 became sick in the beginning of January with pneurothorax. He had spots on his lungs that were rupturing and causing larger spots. He was losing weight. We all went to wait at the hospital so he would know we supported him. He was sent home but he was still losing weight and didn’t want to eat. There were other trips to the vets, with an 11th birthday in between. And our favorite big boy still wasn’t eating. Six weeks after his birthday 12 was not doing any better and his parents had to make the hardest of all decisions.

It is terrible when any pup passes, but when it happens to such a strong pup family, when you can tell through their blogs, their pictures, and their comments how much they love dogs, all dogs, the ones belonging to them, and others, how strongly they advocate for dogs, how much they appreciate what us dogs can bring to a family and to society, it is so hard, because these wonderful people should be able to keep their dogs forever.

But now 12 is doing what he did each day with us, watching over his wonderful parents and siblings. And I am sure he will guide them to another troubled dog in need of a home, like Chappy, like Blue, and like Fuzzy Bacon, who 12 is nuzzling right now at the Bridge, to his family, who will turn this pup into a wonderful member of the family.

12 you were a one of a kind dog and we will never forget you. Love you always, the Dogs of the Internet.

Posted by Foley Monster, Pocket and River Song at 10:33 PM

Email ThisBlogThis!Share to TwitterShare to FacebookShare to Pinterest
Labels: 12, Pup of the week