It is spring. It is time to climb out of our hibernation holes, to paw the thawed ground, to sniff what is new wafting in the air. To meet new friends and learn of the passing of friends we never had the pleasure of knowing.

This spring we learned of a number of new friends who have picked parents who have recently suffered broken hearts and mended them with sharp little puppy paws. And we learned of a friend we never knew we had who again left his parents grieving, and the little dog who is trying to fix their hearts, again.

We will start with the only one of these dogs we have been able to personally sniff. Two weeks back we wrote about Bailey, our cousin who suddenly was yanked from our family to the bridge. Her parents found a new Shih Tzu, a male, who is so cute and playful that he is very hard to keep up my facade of indifference with him. He was introduced to us as Max. He is the dog who was almost named Max. His parents changed his name to Neely. We would love to show you a picture of him but our parents have not been able to snap one, and his parents live in 1982. But Neely, formerly Max, has helped repair his parents’, and his two human siblings’, broken hearts over Bailey, and he has loved every second of it. (Except when his puppy sister, Riley the Boxer, picks her up and tosses her across the room.)

Then there is the second Max, who must be a little raunchier, because his name has a second X. 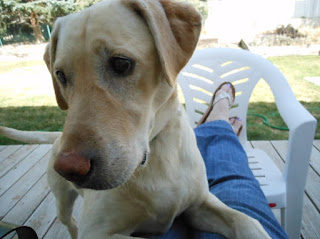 I first came to know him as the Blonde Interloper. He wandered into the yard of my friends Cocoa Puff and Maggie Mayhem, the former stomping grounds of Tanner Bub. The mother of Cocoa and Maggie did what all good Moms do in this situation. She checked with Animal Control, the police, neighbors, put up fliers, checked for a chip, but this dog who wandered into their yard came without a trace. As she continued to look Mom was adamant that the Blonde Interloper would not be staying with her. Add this to the fact that Maggie, the newest member of the clan, didn’t like giving up her baby of the pack status without a fight,and did not welcome the Blonde Interloper without a fight. But the clock kept going tick, tick, tick. The Interloper kept lopping, no one was claiming him, and he did, as all dogs who pick a family do, decided he was home.

It was, as it usually is, the Dad who was the last hold out but finally he gave in. The final piece of the puzzle was his name. The Mom asked us suggestions and we all came up with names. But she liked Maxx from the Grinch who Stole Christmas, the dog who steals toys and then randomly redistributed them to the kids of Whoville which, in my book, makes him a bit of a socialist, but I suppose the name Maxx was less social than Marx.

Maxx was needed for a family that lost Tanner and the dog who stepped up to replace Tanner, Ruger. Maxx knew Maggie had a lot of love, but not enough to heal the broken hearts, and he slunk into their yard to heal wounds.

After these two emotional stories it’s time to take a break and enjoy a Winston. Oh not one of those stinky things that people suck on a smoke up the whole room. No this Winston has a very important job. He has to help one of my favorite Moms get over the loss of her beloved Snicker Silva. 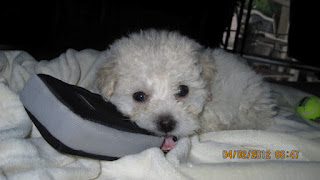 It took a few months before Snicker’s Mom let a dog heal her heart but when she met Winston she knew he was the one to do it. The little white fur ball has helped mend her heart and give her some wonderful snuggle time. His Mom loved Snicker so much I was worried she would never open her heart to a four legged love machine again. But thankfully she did, and thankfully she let it be Winston, because I know he is the man for the job. 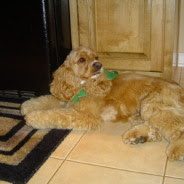 This boy is a little older, nine in fact, and is not mending the hearts of his parents, buts his grandparents, but those hearts are so precious to us. Max’s grandparents are the Ladybug’s Mom and Dad. They never were able to get a new dog when Ladybug went to the bridge. But they did have an old daughter. (Not that old, but sometimes we let wordplay get the best of us.) And that daughter had a dog named Max. She moved to Ladybug’s parents home state and needed a place to live. She moved in with them and soon Max was becoming as much Ladybug’s parents’ dog and he was his Mom’s dogs. And sensing their sadness Max began, through sweet kisses, through snuggles, through genuine goofiness, to heal their hearts.

But poor Max still has his work cut out for him. Last week Ladybug’s parents lost their beloved parrot Gimpy. The whole family, including Max. miss Gimpy very much. But Max put away his sorrow to heal Ladybug’s parents again.

Meanwhile Gimpy and Ladybug are with Bailey, Tanner Bub, Ruger, and Snicker looking down on their families from the Bridge, happy to see that they have the love of great dogs in their lives again, and that these dogs are healing to pain of their passing.

So here is to spring, and the new dogs.

Posted by Foley Monster, Pocket and River Song at 10:11 PM