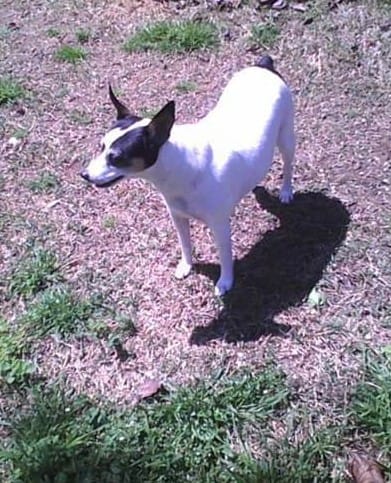 I don’t know why, but recently I have been overly busy greeting old friends at the Bridge.  I am always happy to see them, but I can also feel in my heart the sorrow on the mortal side after the new angel’s departure.  In the past month, the angels have come over the Bridge as relentlessly as the rain, and I keep praying that it stops.

I have been blessed with so many friends from multi-pet packs that it is becoming routine to see new angels reunited with the beloved siblings that preceded them to the Bridge.  Recently, I have watched the Golden Girls, and Maverick and Lily meet again on the immortal side.  Seeing how happy they are together helping to lessen the sorrow that follows when the mortal world loses another precious soul.

This week Tilly arrived at the Bridge and joined her brother Peabody, who passed earlier this year, and sister Doxie. It is terrible when a parent loses two of her babies in the same year.  It is like a ship being hit with a second wave after it had already been swamped.

Tilly had not recovered from Peabody’s passing either.  She is a senior dog, and when her brother went to the Bridge, she worked hard to try to ease her mom’s pain.  But, in doing so, she used a lot of energy.  Between that, and the depression caused by Peadbody’s passing, Tilly’s little heart began to run out of beats.

Mother Janis, her heart, still under renovation following Peabody’s departure, noticed that Tilly was slowing down, and sleeping more.  Tilly still seemed content.  Mother Janis made her little pup promise that she would let her know when it was Tilly’s time to cross.  But, we dogs aren’t too good at giving the signal.  We always want to stay.

But, when you are older, and you start to lose your energy, you never get it back.  If Tilly survived on 15 percent of her energy one day, that is the most she could use the next, and that number continually dwindled.  Soon, Tilly’s energy level was less than ten percent, and Mother Janis knew it was time to say goodbye, at least for now.

There are many different ways that angels greet their old pack members at the Bridge.  Tilly, Peabody, and Doxie decided on five minutes of sniffing.  It is actually an excellent tactic to use when you reintroduce yourself.  The bark can lie, but body scent never does.

Once the pack was done with their sniffing, they began to play like they were experiencing their second pup hood.  They smiled, laughed, danced, ran, rolled on their backs in the high grass, and splashed into sun puddles.  If they squinted their eyes, they could see themselves back in their yard, with their mom watching, delighted.

They would be thrilled if their mom could see them too.  They continue to play and create energy, hoping to knock a hole in the wall between our two worlds, so Mother Janis can see them, even if it was from far away, and she had to squint.  If these little dogs can do that, then there is hope for all of us.

Posted by Foley Monster, Pocket and River Song at 4:34 PM