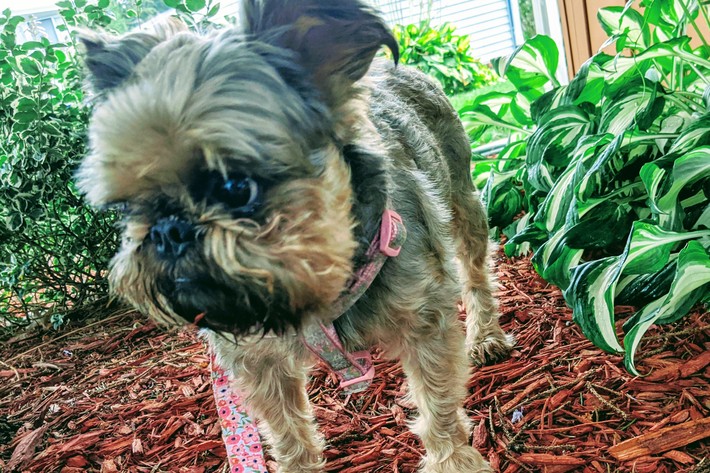 I have thoroughly investigated the strange activity at your home and determined that the woman who lives across the street and does nothing but smoke cigarettes and stares at your house is indeed a witch.  She is responsible for your everyday household items that seemed to vanish into thin air only to reappear in a place you searched thoroughly hours before.   She is also the one who has stopped appliances from working like the washing machine that wouldn't fill with water, and then as soon as an expensive repairman came out, it suddenly began to work.

Last week the witch performed her most infamous trick when she made the hot water pipe in the front bedroom closet leak and flooded the first floor.  If she wanted to inflict maximum damage, she made a critical timing error. Everyone knows that you and Daddy are night owls.  She could have done more harm by breaking it at 7:00 in the morning than at 2:00 at night.  You’d think she would know that after watching your house 24 hours a day.

When then pipe broke, my witch alarm sounded, and I immediately went to your house as a ghost.  I got there just as you, Daddy, and River went to check on the flood.  It was good that you took River with you since she views the mattress as a wrestling ring and Pocket as her perpetual opponent always prepared to submit.

Pocket stood at the end of the bed, worried about drowning. Inside her body, everything turned to water.  I told her it would be fine even though I knew it was all going to hell, but deceiving the simple-minded when you know everything is going to hell is what passes for leadership now.  I told Pocket to stay in bedbecause whenever her feet touch anything wet, she pees, just like she does the other if she smells anything brown.

River was on the floor, running back and forth like Jack and Rose trying to get off the Titanic because she thought the house was turning into one giant bath.  Of course, you were the perfect example of grace under pressure, if Grace swore and behaved like an impatient sailor.

Sadly, you live in a house that was constructed like a villains’ hideout in Batman during the 1960s:  Crooked and going downhill.  This meant the water was continually flowing away from you.  You are wicked with a mop, having made the Olympic cleaning team in ‘68, ‘72, and ‘76 until you turned professional in 1977.  You  got the house clean in record time.  I am sorry you didn’t sleep well after that.  I know nothing gets you stirred up like a good mopping.  I left you to track down who placed the curse on you, and put the witch outside your house.

Who had the means, and the motive to do this?  It had to be someone with a grudge, and the ability to use supernatural forces.  Then it dawned on me:  The witch was being controlled by an angel living on the dog part of the Bridge.

I have asked the beagle to drop his vendetta, and he agreed, although he does not know if the witch will cease and desist.  Witches are known to be independent.  I will use all my powers to get the her to stop, but I think she has built up her own animosity to your family, not caring for River’s staring either. With vengeful beagles, determined witches, and River’s stare it is going to be a long winter.

Posted by Foley Monster, Pocket and River Song at 7:23 PM