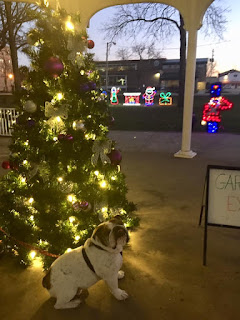 Sometimes, even with angels intervening, heartbeats being borrowed, and millions of prayers, final wishes are not granted.

Sweet Gunner yearned to make it to his tenth birthday.  There was a big party planned.  As much as he would love the attention and the gifts, he knew his birthday bash would lift his parents’ spirits and be a needed distraction from COVID.  But, often, fate is cruel. It was Gunner’s destiny to fall just short of his tenth birthday.

Gunner fought so hard to make it to this important date that he had no more energy left and slipped into a coma.  His mom couldn’t bear to see him suffer and aided his journey to the Bridge just days short of the targeted tenth birthday.

Gunner’s angel siblings, Maria, Mia, and Mabel, wanted to do something special for their sweet brother.  Since he was denied his birthday party, they tried to throw him the biggest party in the bridge’s history.  We all love a celebration, so we agreed and got to work on the bash.

We scoured the land for the finest bones, the tastiest bacon, the thickest steaks, and the most potent beer broth we could find.  We invited all of Doggyspace to come to the party.  They were all friends with him when we were all young, healthy, and the future was before us like a clear highway.

We kept the party secret from Gunner.  He was busy learning how to be an angel, to visit his mom in her dreams, to borrow bird bodies, and fly to the mortal world that he did not realize the intense planning which was going on around him.  On his birthday, we told him he needed special angel training in a secret spot, and he needed a blindfold to go there.

When we brought him to the clearing, we told him he could remove his mask, and then he saw all his friends barking “Happy Birthday” to him.  The sight of the dogs gathered for his tenth birthday overwhelmed him.  Tears came to his eyes, and he told everyone how much their effort meant to him.

Gunner sat at the head of the table that stretched for more than a mile so all his friends could fit.  Our minions, souls who were bad during their time on earth, and sentenced to do our bidding until they pay off their debt and become angels, served us the food. Tommy Tunes gave Gunner a huge picture of him and his mom that he hung in his bedroom; Hobo Hudson gave him stock in his company; I presented him a coupon for the best bird body to visit his parents when they are available in the spring, and his siblings gave him a big bed with silk sheets.  He got so much food and gifts that the minions made a dozen trips pushing wheelbarrows full of presents to his house.

We were all aware Gunner would rather have been with his parents on his birthday, but he loved his presents and appreciated our efforts.  Trying to make dogs happy is our duty as angels, especially on their birthdays when they recently arrived at the Bridge.

Turning sad times into happy ones is what we do.  Now Gunner and his siblings have to try to do it for his grieving parents