Bingo at the Bridge 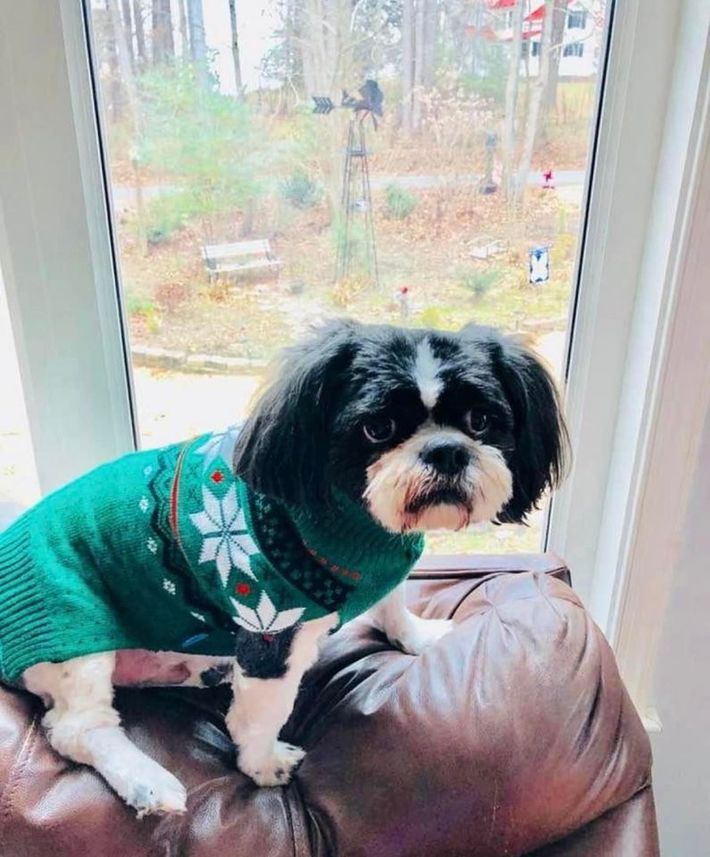 I made a new friend today. Unfortunately, it was the day he passed from his beloved mom to the immortal side. Being at the Bridge means you make friends with someone on the worst day of their lives. But that is when the best friendships are forged.

Bingo had never been taught about the Bridge, and when he arrived, I gave him a quick course on immortal life. I explained how when he took his last breath, his soul slipped from his body, floated through the air, and landed in the nearest body of water. All waterways are connected, and he was soon in the River of Life, then he came ashore near the brightly colored Rainbow Bridge. Thankfully he listened to his instincts and crossed. If he had not, he would have been a spirit for the rest of his time, never getting to enjoy the immortal world fully.

I administered to him the angel oath and then introduced him to his mom's pets, who preceded him to the Bridge and the friends he made both online and in life. I could tell the precious Shih Tzu was becoming overwhelmed, and the greeting ceased when a black cloud filled with the tears shed over bingo passing began to fall on us all. It was like a monsoon hit us.

Bingo saw us gathering tears and asked why, and I told him we could tell which ones belonged to our parents. We water the gardens with the tears, and they flourish.

I saw Bingo saddened when I mentioned my parents. I asked him if he was missing his mom, and he said yes as a tear fell onto his black fur. I informed Bingo he could visit his moms in her dreams or as a ghost or even, weather permitting, a bird or a butterfly. When he asked if his mom would remember his visit, I told him probably not because people have been programmed to disregard anything magical around them. But they're getting better.

Bingo asked if I could teach him how to visit his mom, and I told him someone else would do it. Bingo heard a familiar whistle and his head whipped around. The whistler was his dad Tom who Bingo had not seen since he went to the Bridge. With tail wagging and barking in joy, Bingo, we ran to his dad and jumped in his arms.

One of the true privileges of my duty is to see parents and pup reunions. This was one of the best. All the love they had lost when his dad departed came back to them like a shot of adrenaline, and they played with one another until the sun went down.

I hope Bingo's mom's heart is whole, knowing that Bingo is with his dad again. Being a survivor seems like a blessing, but it takes a toll on the heart. Hopefully, her loving and devoted angels can ease her pain.

Posted by Foley Monster, Pocket and River Song at 9:35 PM