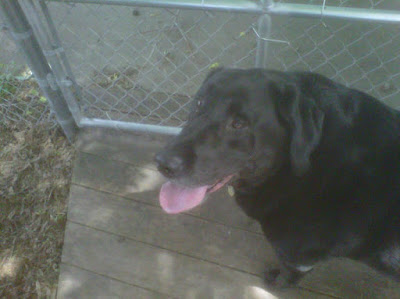 Let me tell you something about monkees.  They are darn dangerous.  My very bestie friend Smoochy:  He loves monkees.  He has a house full of them.  They are usually under control, or more accurately under tooth, as his monkees are often in his mouth.


Last year Smoochy lost all his monkees.  He caught the almost uncatchable (for a dog) MRSA illness.  This is one of the worst illnesses a dog can have.  It can be fatal.  His Mom, for a long while, could only touch him while wearing gloves.  And he had to throw out his monkees.  After a terribly long time the MRSA was gone and Smoochy got himself some new monkees.  But there was an issue we did not foresee.


Smoochy did not have time to train his monkees on proper stuffie etiquette.  On Sunday Smoochy’s Mom Kay was watching football on TV.  She got up during a commercial and one of the untrained monkees reached up and grabbed her ankle  Mama Kay fell to the ground.


She felt terrible pain from her hip down to her leg.  She tried to stand but it was excruciating.  She looked around the room but did not see her phone nearby.  To contact the authorities she had to scooch across the floor to the phone.


Scooching was not something she did with great regularity and, when you are a dog named Smoochy, and someone is going scoochy, it is natural to think that the scoocher wants to play.  So while his Mom was painfully scooching across the floor Scooby was dancing around her excited about this fun new game.


Mama Kay called the ambulance people and then she had to scooch past Smooch to get to the door and unlock it.   When the people came to take her away Smoochy realized that something had gone terribly wrong and his hurt Mom was going somewhere without him.


While Smoochy fretted at home his Mom went to the hospital where they took x-rays.  Her hip was indeed fractured but she did not need an operation.  She would to be in the hospital for a few days and then she was moved to a re-hab facility where she will try to get back on her feet in a couple of weeks.


A friend of Smoochy’s Mom brought him to Doggy Day Care where he is being treated like a Prince but no matter how many times we will him he will be reunited with his Mom he is still very worried about ever seeing her again.  And his troublesome monkees.

So please say a prayer for Mama Kay to get healthy soon so she and Smoochy can be together, and that sometime soon they will get be able to live a normal life, with no MRSA, no broken bones and no troublesome monkees.