Pocket and River Argue Over Who Should be a Presidential Dog 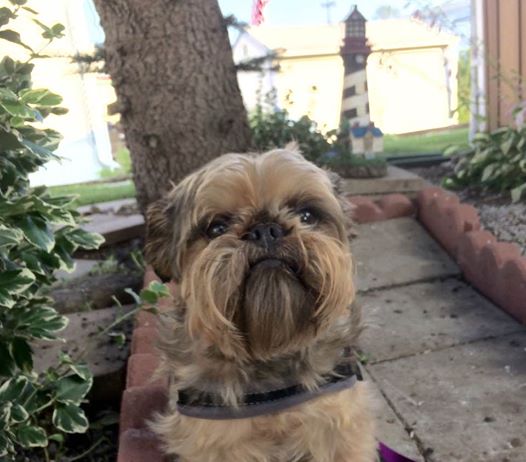 Pocket and River are opposites. It is incredible they get along as well as they do.  One of the issues that separate them is politics.  Sweet Pocket believes the wealth should be shared. River thinks that she has the right to keep everything that is hers. That is why Pocket shares her kibble, and River doesn't.  It is a classic battle of socialism vs. capitalism.

When River and Pocket are left alone, River likes to use her iPaw to watch conservative news programs finding it comforting to hear her extreme beliefs parroted by others.  When Newsmax hosts Greg Kelly and historian Craig “Don't Call Me,” Shirley, in desperate search of something to criticize the new administration about attacked Champ, the first rescue dog in the White House, for looking like a dirty junkyard dog.  It was expected that both Pocket and River would be offended by the officious comment.  That proved to be only half true.

Pocket was incensed and immediately prayed for a flock of well-fed birds to fly over both men and poop on their talking heads so much that it slipped beneath their masks into their mouths. She was sure her sister would second that emotion.  Instead, River agreed that Champ did not look presidential; in fact, she maintained that none of the dogs who ever lived in the White House did and that there was only one dog in the world who looked presidential:  Her.

"What makes you so darn Presidential?" Pocket asked.

"Just look at me," River countered, standing and accenting her profile.   "I look exactly like Ulysses S. Grant and James Garfield combined.  My confidence, my bearing, my sweet mustache and beard, they make me look presidential."

Pocket studied her sister.  "I don't see it.  Although you do look a little bit like Trump from behind."

River snapped at her sister.  "Don't knock him. He was the greatest president of my lifetime."

"You've been alive eight years.  I don't think you have had a lot of Presidents to compare him to.  Besides, Trump doesn't even have a dog."

“No, you look like Rutherford B. Hayes after a failed assassination attempt that caused him to fall in the Potomac.  And aren't you upset the News Max commentators judged a dog only by their looks?"

"You are right there, Pocket. I do not judge dogs by their looks; I judge them by the size of their nostrils."

“Your nostrils are smaller than the openings in a salt shaker.”

“I would make a good Presidential dog,” Pocket boasted.

“You?  You’re so small you look like you belong on a shelf and should be dusted twice a week.”

“I think it is time for a small dog in the Oval.”

“You would be a disaster!  There would be no difference between the Oval Office and the restroom with your bad belly and urinary accidents.  Joe’s eyesight is going faster than his mental acuity. He would walk into the press room knee-deep in poop and leaving pee prints.  And you’d get us into a world war when Xi Jin Ping slipped and your poop and lost face.”

“How do you lose face slipping on poop?”

“I don’t know, but I don’t want to find out as we’re all on an express trip to the Bridge when the big one is dropped.”

“You might be right; we are better off here.”

“Undoubtedly.  But I would have made a great Presidential dog.”

And so they continued to argue until supper was served.  In the