Foley Tries to get River to be the Busch Beer Spokedog 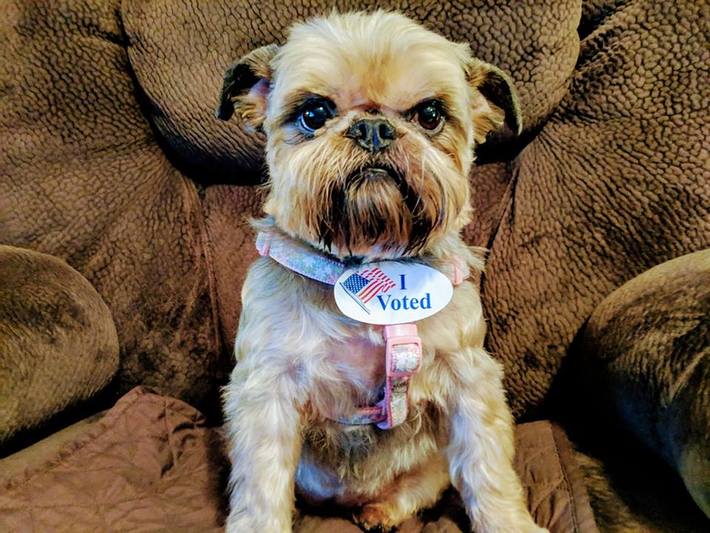 When I was mortal, I was always looking for an angle.  I was interested in anything that brought me fame and fortune.  My sisters don’t have the same lust for life. It is up to me to infuse it in them.

When the mortal world became too hard for me, I used to sneak out of the house and go to the local bar for a Foleytini.  Some nights I drank so much I crawled home.  I offered to be the bar mascot but was rejected.  Now, a major brewer is in search of one.

Since I am unable to oblige, I had to find a substitute.  Pocket was out: Every time she drinks, she pees, which isn’t on-brand. That left River.  She has a great look for an alcohol spokesperson: Someone who is angry that her martini did not come with extra olives.

River is a teetotaler:  Of course, she never had my responsibilities or stress level.  I appeared to her in a dream and said I had nominated her to be the Chief Tasting Officer for Busch Beer.   River was thrilled until she learned it was a beverage and not food.

I assured her that beer was delicious, and to prove it, I took a big drink of Busch Dog Brew. Oh my God!   It tasted like goat ass which is the lowest form of ass. “It’s yummy,” I told River, trying to hide my grimace.

River smelled it. Her perpetual scowl looked even more perturbed.  “I don’t think I want to taste it,” she whined. I told her if she became the Busch Dog Brew spokesdog, she could make $20,000 a year and get free medical insurance which was a sweet perk because this crap would surely leave a hole in her colon. She did not care even when I told her Mommy would get the money.

To prove to her that the product was edible and delicious, I read her the ingredients. As I went down the list, which was topped by beef broth, and after that unidentified chemicals, I realized the brew was non-alcoholic. We dogs are not waking millennials who consume near beer. If we’re going to drink something disgusting, we better get a good buzz.

Luckily I always carry a flask of gin under my tail. I poured a shot in, hoping the thick gravy would become a potent potable. Unfortunately, the gin rejected the swampy mess and puddled on top. Somehow adding my favorite beverage made the concoction even less appetizing.

I love my sister and want her to have the fame and fortune I can no longer achieve, but this bitter brew did not deserve recognition from either of us. I dumped the gross concoction out. I was not surprised when it stained my dream space.

I poured River a shot of Gin. She demurred, but I assured her daydream drinking did not count. She imbibed, and soon I could see a smile on her face.  Then I realized it was her usual frown, and I was looking at her upside down. Feeling quite merry, we invaded Pocket’s dreams as stampeding Heffalumps. We enjoyed her panic expression as we circled her until we tore off our costumes and exposed ourselves.  Sadly Pocket’s sense of humor has not improved since I departed.

While I was disappointed that River did not achieve the fame, she deserves I enjoyed my daydream drinking and bonding with one sister while scaring the absolute crap out of the other.

Posted by Foley Monster, Pocket and River Song at 7:46 PM