Boris Weighs Helping his Dad Propose to a new mom 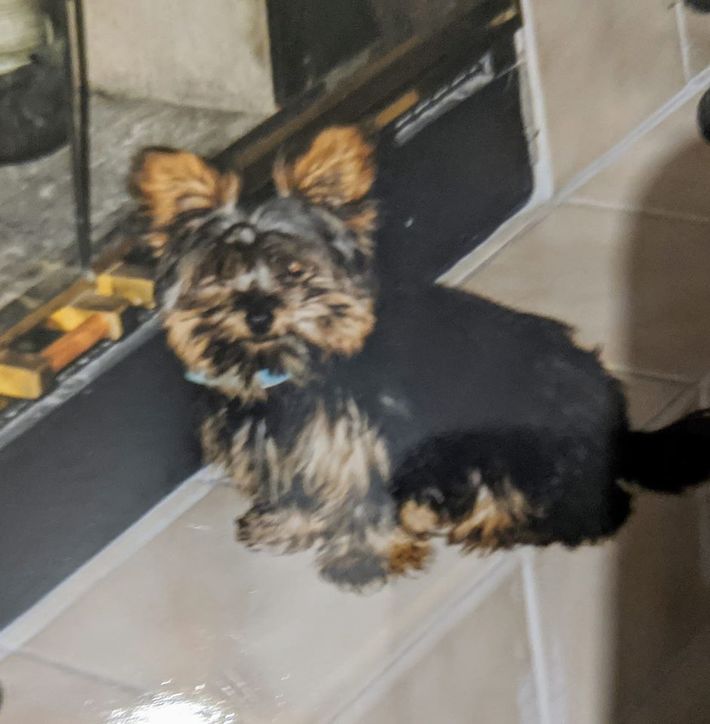 A dog who lives with a young, single person knows that one day they won’t be an only pup living with an only human; because another human will become more important than them. Then the couple will have children while the pup is pushed further down the affection ladder.  Of course, all those people will love the dog too, but we never think that far down the road.

Five-month-old Cockerpoo Boris knew his dad had a girlfriend and that she made him happy.  Boris pledged to make sure his dad was content every day; he was extra cute, so the girlfriend loved him.  He did not want to be the reason she stopped coming round.

Because of the pandemic, Boris attended a virtual class at the Dogs Trust Dog School.  He learned all the basic commands, such as sitting and staying, but there was one special mission his dad asked them to teach Boris.  His owner, Matthew, wanted Boris to help him propose to his is girlfriend Keeleigh.

Boris was not sure what to do.  He loved his life with his dad and didn’t think they needed to add anyone new to the mix.  On the other paw, he had sworn to keep Matthew happy.  Unsure of what to do, he prayed on it.

I took the prayer request and flew down to see the conflicted Cocker-poo. He was worried that when Keeleigh became part of the family, he would be shunned.  I told him that Keeleigh and Matthew would live together too so that Matthew would be home more, and two parents meant twice the love.  Feeling better about his situation, Boris decided to cooperate to make his parent and his soon-to-be parent happy.

It was the third anniversary of their meeting, and Matt told Keeleigh the would have a fantastic day together.  They would go for a walk on the beach with Boris.  Keeleigh had no idea what Matt was really planning.

Before their celebration began, Matt asked Keeleigh to stop by his parent’s house to drop something off.  After she left, his mom and dad, who were in on the plan, called Matt to tell him she was on her way.  Matthew had to get Boris prepped.

When Keeleigh entered Matt’s place, she was stunned to hear her favorite song playing in the background, the house was full of candles, and Boris sat in the middle of the room holding a sign between his teeth that read “Mummy, will you marry Daddy?”  As well as being overjoyed with joy that Matt had popped the question, Keeleigh was very impressed that Boris sat perfectly still with so much excitement around him   He stayed that way until Matt came around the corner with a ring in hand.  Then Boris joined his parents in an enormous hug with lots of teats.

Before the lockdown, Matt had thought of and dismissed a dozen romantic ideas about how to propose.  One night, sitting with one hand on Boris and contemplating the idea, he realized the perfect way to propose was at the end of his fingertips.

It took a lot of training for Boris to sit perfectly still and not react when he saw Keeleigh.  He was thrilled to do it because he knew it made his parents, new and old, happy.

Now Boris is going through a new type of training, how to be a ring bearer.  We are sure he will do a first-rate job