NAPA ANSWERS THE CALL TO SAVE HIS SPECIES 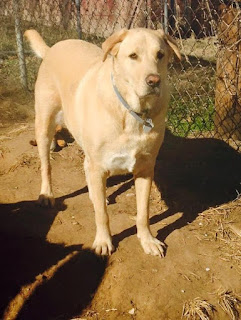 Every village at the Bridge has a school. It is attended by pre-born puppies who need to learn what scientists call “instinct.” A group of the most learned dog professors teaches the pre-borns, led by Dean Apollo. Angels can train for as long as they want, and recently three of Apollo’s most tenured professors resigned. He needed someone he trusted and was an educator on the mortal side. There was only one dog. But, it would break their mother’s heart.

She is a beautiful, rescuing soul who has taken in and found homes for countless pups. Napa and Bishop run a school for dogs who know nothing about inside house life or being a pet, and within weeks, they are calm, sweet, house-trained, and most of all adoptable.
With nowhere else to turn and the threat of dogs being born without instincts soon to be realized, Apollo flew down and told Napa that he was being drafted to the Bridge to teach at the school. Napa told his beloved brother that he never turned down a mission, but he could not leave his mom’s school or her, plus he felt fine, even at an advanced age. Apollo sagely told his brother to get ready. Twenty-four later, Napa suddenly went to the Bridge.
I have seen angels cross the River of Life, showing numerous emotions, but Napa was the first to cross pissed off. He marched right up the steps, looked in Apollo’s eyes, and growled at him: “Send me back!”.
As a Judge, I tried stepping in and explaining to Napa that I was very sorry, but he could not go back. When I saw a glimpse of a fang and the cold look in his eyes, I decided to back off and let it be arranged between the brothers.
Apollo asked Napa to visit the school, and if he didn’t think it was worth giving up his mortal life and going to the Bridge to teach, Apollo would build Napa a perfect house and not bother him. Napa knew he could not go back, so this was the best offer he could get.
Napa entered the class and told the preborns to pay attention. He asked them what to do when they saw a squirrel and a young cocker spaniel said they run to their mom and hide. Then he wondered what to do if their mom forgets to give them a treat after doing their business outside, and one answered that you just lay down and be good.
Napa shook his head and left the classroom. He asked his brother if he had put stupid puppies in his class on purpose and was told they were average. “The future of our species is at risk,” Apollo told him. “Dogs born without instinct will perish. Napa hated to admit that his brother was right, but Napa was needed. He said Apollo he would begin in the morning.
Apollo said he would go into his mom’s dreams and beg her forgiveness for taking her beloved boy, but Napa was needed more at the Bridge, and that Bishop, and his kin, would take care of her and run the school. Napa told him their mom already knew why he was at the Bridge. Only the future of the species could take him away.
Thanks to Mama Kimberli’s big heart and wise teaching of her pups, dogs will soon be born more intelligent than ever.
Posted by Foley Monster, Pocket and River Song at 8:23 PM