Foley Flies a Drone to Save Milly 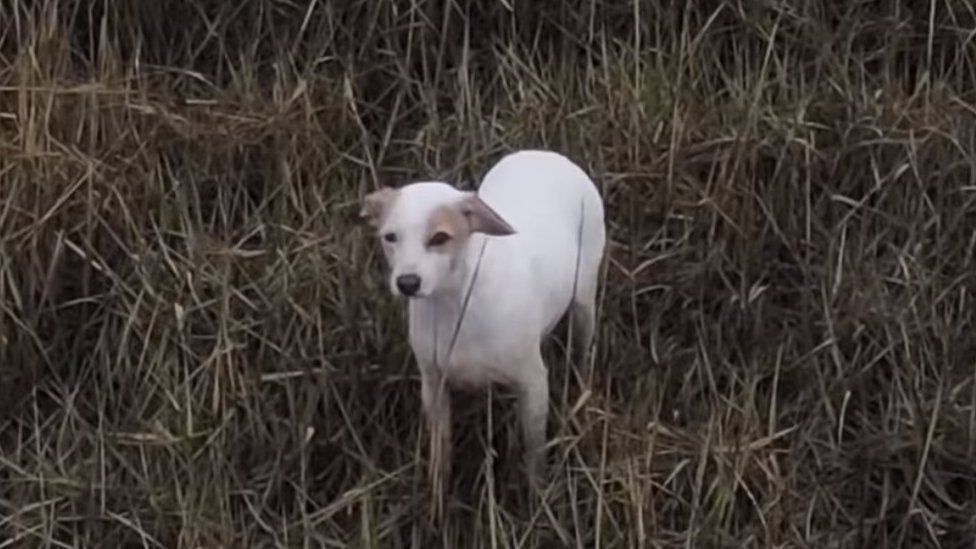 We dogs have never liked drones; they seemed like silly wastes of time which people occupied themselves when instead of giving us attention. But, a dog named Millie found out how essential they are to our survival.

She was walking with her mom in Hampshire, southern England. When something caught her attention, she managed to slip her leash and head to the beach as the tide slowly began to come onshore. Her mom could not find her, and, since they were in a desolate wetland, hunting for her was dangerous, and then she had an unconventional idea.

Because there was so much open space where she lived, people formed the Denmand Drone Search and Rescue. She contacted them and explained her situation. Soon they had a drone in the air searching for Millie.

Millie realized she was stuck, and she prayed to me for help. I flew down and immediately knew the trouble the little dog had placed herself. I flew up higher to try and plot a way out of the predicament when a drone almost hit me.

I noticed it was going in the wrong direction. I can’t move objects when I am a ghost, but those in flight are fair game. I hopped on the drone and guided it to Millie. Once she was seen, the rescue sent out people on foot, in kayaks, and even the coast guard to save one little dog. Unfortunately, all the commotion scared Millie and despite me urging her to stay, she alluded to keeping. When night fell, I knew I would be with her all night.

I tried to think of how I could get Millie to trust the humans and free herself from this difficult predicament. Millie told me she was hungry, which inspired me to produce one of my most creative ideas.

I went into the dreams of the head of the rescue, and his subconscious immediately dismissed my suggested idea as ridiculous. Still, I persisted, and by the time he woke up and recovered the memory of my suggestion, he decided to try it because nothing else was working.

The man grilled some sausage then used a fish hook to connect it to the bottom of the drone. When it took flight, I gained control and flew it close enough to Millie that she could smell the sausage. Since the beginning of time, no dog can refuse a floating link. Millie began to give chase, and I guided the drone alto get out of the waterways to where her mom awaited a joyful reunion.

I could have stayed for the celebration, but I had pending business. I stole the drone.” I flew to the Bridge and gave all my friends rides until the batteries ran out.

I wasn’t stealing just a perk of being an Angel with the best save the record.

Posted by Foley Monster, Pocket and River Song at 10:48 PM