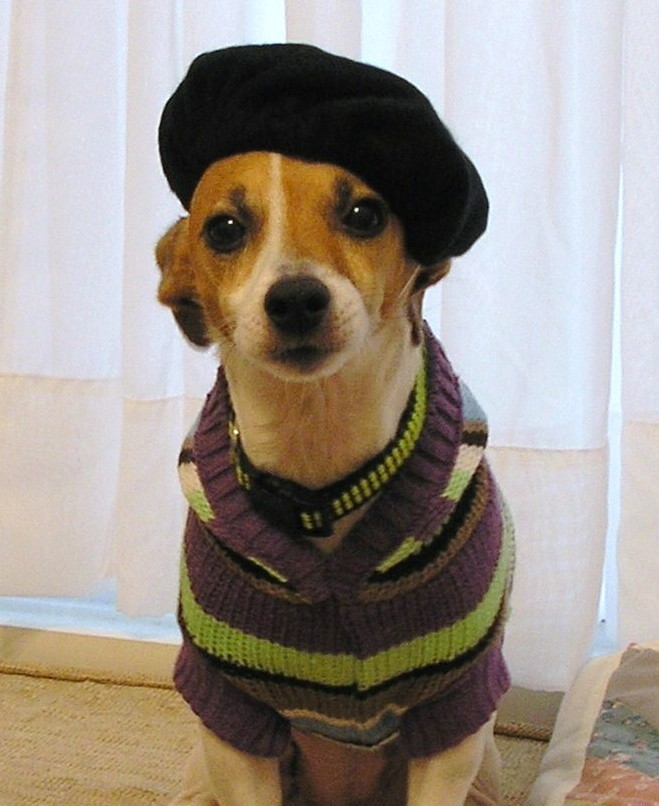 First, while I was on a picnic with Hattie, Tiara, and Lily, Pocket found a chest of golden eggs.  Pirates, who had hidden the eggs, captured us, took the booty, and made us walk the plank.  Thanks to Pocket speaking whale, one named Bennie saved us and helped me retrieve the eggs, then he told us the eggs belonged to alligators who lived on Skull Island and were going to attack our village to get them back.  We had to find the alligators and return the eggs.  We swam to the island, and the snakes immediately surrounded us.
"Foley, what are we going to do?" Lily asked as we stood tail to tail while the snakes squirmed around us.
"Give them Pocket and run?" I suggested.
"Don't be ridiculous," Tiara scolded me.  "She is not a filling meal.  She is an appetizer who would only leave them wanting more."

Hattie enthralled the snakes.  They gathered in front of her and poked their heads at her shoes. "What are you wearing on your paws?" I asked.

"My rattlesnake pumps," she answered.
I knew someday her fashion sense would be the death of us all.  "I think the snakes want them," Lily said.
"Well, they can't have them!" Hattie barked.  "They are the only footwear I have that matches my purse."
"Hattie!  Give them the shoes!" Hattie snarled.
"Heavens," she said.  "Why am I always the one who has to make sacrifices?"
She kicked off her shoes and handed them to the snake.  Suddenly, they began to bow their heads to her.
"They are acting like you're their leader," Tiara said.
"Eww!.  I don't want to be a snake leader.  Arent' there salamanders in need of a monarchy?"

Regardless of her wishes, the snakes chose Hattie, lifted her by their heads, and carried her to a throne. Occupying the sear of power changed Hattie's disposition.  "Finally, a species who treat me with respect."

She ordered the snakes to leave us alone.  I asked her to inquire about the alligators, and two of the snakes offered to lead us to them.    When we started, Hattie stayed on the throne, enjoying her kingdom, until Lily reminded her that there were no sewing machines here.  She dropped down to join us, and every step of the way, she complained about her missing shoes and the sharp ground.
We came to a tranquil pond.  Our snake guides slunk into the bushes.  Then slowly, the most giant, angriest, looking alligators, tinged in gold, rose from the water and lined up in front of us, with their sharp teeth twinkling in the sun.  Their leader stepped forward and asked why we were here.
I opened the pouch and carefully spilled the golden eggs on the ground.  The alligators roared and asked where I got them.  Before I could speak, Captain Tunes and Long John appeared with muskets.  It seems they had a whale of their own. and had been following Bennie.  'Now give us back our eggs," Long John said.
It appeared like, after all, we had been through, that the pirates would win.  Long John and Captain Tunes bent over the eggs just as they began to hatch.  A little alligator, who was very cute, popped its head out and sprayed a green liquid into their eyes.  They cried out and stumbled backward into the water.  There was a rush of activity by the bodies.  We didn't want to think about what the alligators did to them.
Then the recently hatched alligators turned to Pocket and said, "Momma! "  They all gathered around her.  "Foley," she said excitedly.  "I am  a mom!"
I was sure this was the last step in our becoming alligator lunch, but instead, they gathered around Pocket and told her that she was welcome to stay and raise the babies.  She was excited to be a mom until she realized she would have to live in this swamp.  She explained to the babies why she couldn't stay, and with a tear in her eyes, began to leave.
I stopped our group and asked the alligators if they wanted to have tea.  They agreed, and we had a wonderful time with them while Pocket played with the babies.  When we left, we decided to visit once a month for an alligator tea, and so Pocket could see her little ones, we could have tea, and Hattie could be queen for a day.
Bennie brought us home.  We were pretty exhausted and slept very well that night.
Posted by Foley Monster, Pocket and River Song at 10:57 PM