Abbie and the Blogville Library 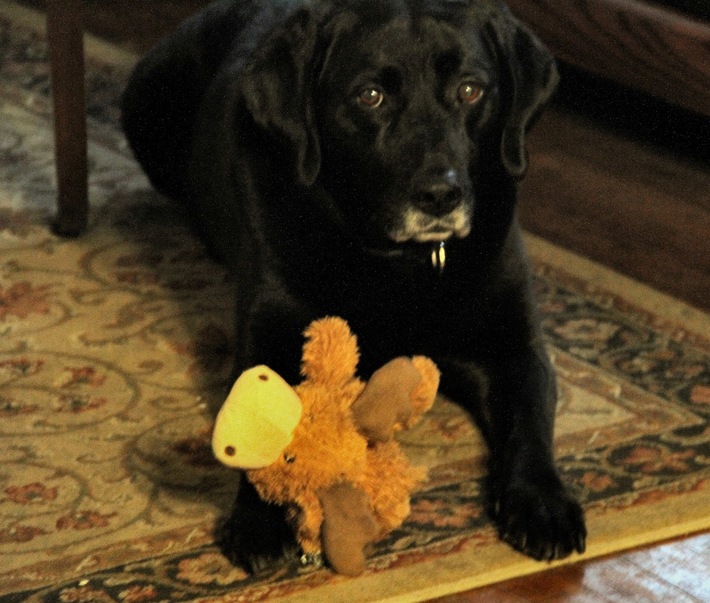 Being a dog means you have a lot of downtimes. We are content with sitting near a human in a state of perfect zen. But, sometimes, zen is dull. Time would have passed quicker if we learned to read.

When we arrive at the Bridge, we become fully formed, able to speak with all other creatures and walk on our hind legs, if we choose. Also, we are blessed with the ability to read, which I have taken full advantage of.

That is why I frequent the Blogville library founded by Barkley the Lab, who was drawn to the profession because his mother, L.B. Johnson, had written a popular book and blog about him. When Barkley came to the Bridge, he opened the library in tribute to his mom. I owe her a debt of thanks. Without her inspiring Barkley, I never would have borrowed books from the library and discovered worlds I never knew existed.

Two weeks ago, I went into the library and found books piled up on the floor and some of the shelves barren. I asked Barkley what was wrong, and he said he had been awake for days trying to keep up with the new arrivals and returns. I suggested he hire help. After thinking it over, Barkley agreed it was a great idea.

Barkley was succeeded in his family by Abbie, who also became famous thanks to her mom's writings. She was 15, a ripe old age for a lab, but she thought she had plenty of heartbeats leftover and was surprised when Barkey appeared to her and said it was time to go to the Bridge. She hated to leave her mom, but she was getting weaker and concluded it was her time.

Barkley had arranged for me to meet Abbie at the library and swear her in on the steps. Then they hurried inside, where Abbie got a look at the books. "We need to get to work; you know the Dewey decimal system don't you?"

Abbie grew suspicious. Did her brother bring her here just because he needed library help? She pointedly asked him that question, and he insisted he was innocent and then showed her the mice he had hired to help him. "I am sorry, my sister, but it was your time. I even asked for more heartbeats for you but was told no. I wouldn't hurt you or our mom, just for help at work."

I had overheard their conversation and backed Barkley's version of events. Abbie said she was sorry. Then they started working on the books. They both knew that the pair of them and books were three things their mom loved. They made sure they put their paw prints in each one, so, when their mom read it, she would feel their love, just as she had poured so much love for them into her words.