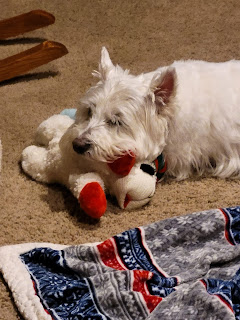 When I arrived at the Bridge, I knew that I had chosen to become a judge, which meant I would be giving the angel oath to dogs who passed over the Bridge. I viewed it as welcoming souls to their new life without pain and suffering, but I had not counted how much the job would deal with those things.

Some passings are joyful, like Pokey, who reunited with his mom despite leaving a thousand broken hearts behind on the mortal side. Others are sad because pets are separated from their parents, and other passings provoke outrage. That was how I felt when I heard about the newest angel crossing the Bridge.

Bentley had been at the Bridge for less than a year. His passing broke his mom Madison's heart, but he knew that he left her in the capable paws of his brother Winston. Little did he know that Winston's song would soon be ending.

When you love someone, you give them a part of your heart,  including their pet siblings. And when Bentley came to the Bridge, Winston found it difficult to go on without part of his heart. He took ill shortly after Bentley left, and, despite battling the illness for nine months, he had not been whole since his brother's departure, and finally, the weight became too much for him to bear.

Bentley came to my cottage and told me that sweet Winston had followed him into the dark. My thoughts went to where Bentley's already were, with their mom, who a year ago had a house filled with sounds of dogs, barking, panting, drinking, eating, breathing, and now had the overwhelming silence which can only be heard when familiar heartbeats are silenced.

When Winston saw Bentley standing next to me on Hobo's Landing, he scampered up Enzo's escalator, running from the river to the cliff where we awaited him. Bentley met him at the top, where they hugged and cried together while their friends cheered.

We had a fantastic welcoming dinner for Winston, but I knew it barely raised a smile. His thoughts were with his mom. It is horrid for a dog to be homeless, but next to that on the list of sorrow is a dog lover living in a home without a pup.

Winston demanded that Bentley help him find a new dog for their mom immediately, but Bentley advised him that finding the right dog was more important than speed. He promised to start looking the next day, whether their mother felt like she could handle living with, loving, and losing another soul or not. That is the hardest part of being a pet parent: Opening your soul and heart even if you know they will be crushed when the dog leaves. But, somewhere, a pup needs a home, Momma Madison had proven herself to be a great dog mom, and it was her angels' job to bring them together.

Even though the dog and human relationship ends the same way, I have never heard anyone regret going through it, only those who never had and wished they did.

Posted by Foley Monster, Pocket and River Song at 10:34 PM