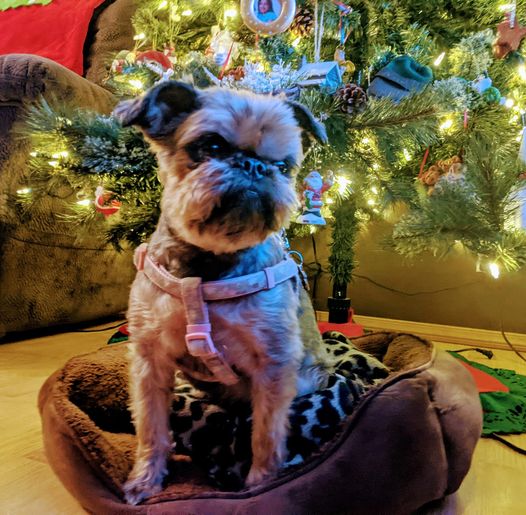 River came to me last week and told me she was in terrible pain in her head and neck. I knew this was a severe condition, and she needed to get to the source of the problem. But, River did not want to scare anyone, so she hid her pain until Friday night when it became unbearable.

I told her she had to signal, in no uncertain terms, that she needed medical attention. First thing in the morning, I told her to collapse and splay out on the floor unmoving. She did so perfectly. Daddy picked her up, and her body went stiff to sell the collapse, which made him wrongly think she had a seizure.

Regardless, she had been successful, and the vet was called, and then a second vet, who did emergency services. River was brought in, the vet tech was told what had happened, including her seizure; and he said all they could do was take her vitals because it was her first seizure. It was suggested to the tech that River was in pain, and the vet did a quick inspection of her head and neck and said she was not. Hah!

After that, River had a great day because she got to go on errands and was not left alone. She loved watching the people shopping and the car ride. She still did not seem right, so a vet appointment was made for the 28th with her regular vet.

River tried to keep the pain away, but on Sunday, it slammed into her like a tsunami, and she first stopped eating and drinking, then moving. I had earlier suggested that her not eating would get attention, but she loves food and could not see herself missing a meal. But now, she could not see herself eating.

Of course, this happened literally in the middle of the night. I knew the best place for her to go was Tufts Animal Hospital in Walpole, even if it was a long drive, and I ensured it was her only option.

All the angels rode with River and tried to keep her calm. The vet got her information and eliminated many bad things, including a seizure, and narrowed it to a severe neck injury or something neurological, which a neurologist would determine.

We are intelligent and mighty angels, but even though we could not tell what was wrong, we thought a neck issue made the most sense. They did take chest and stomach x-rays and needed to sedate River to get it done, which left her loopy, but at 3:30 AM, she was released with pills and a long list of directions of what she couldn’t do and what to look out for.

I talked to her when she got home and fell asleep on the big bed, and she said she was thirsty because she had not drunk all day. When she woke up, she tried to quell her thirst by lapping up a bowl of water, and she would not eat, meaning the first pill had to be shoved down her throat, and boy did she fight that.

During an afternoon in her buggy outside, we angels stayed near River while the gardens were tended to. We encouraged her, and something must have worked between us and the medication because when she got inside, she took a bit of cheese and some treats, so hopefully, we have turned a corner.

It will take time, faith, and maybe a tiny miracle for River to get better. I don’t think she will ever be one-hundred percent, and it is time for her to retire to a quiet life with few walks, better food, and lots of pampering.

River’s angels are working hard to make sure the diagnosis is correct, and she has many more days to be pampered and treated like the Queen at her Jubilee.

No matter what, her angels will be with her.