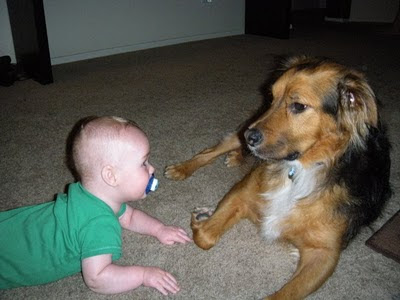 Pocket and I had so many Pup of the Week candidates this week we have spent hours, arguing, snarling, and nipping at one another, and still, as my paws slip over the keyboard, we haven't been able to decide on who should receive the honor.

There are our trio of dogs who have been beset with seizures: Dodger, Cocoa Puff and Fella. Having a seizure is not a very rewarding experience for a pup, We awaken trembling, panting, breathing hard, with our bodies feeling like we had chased a squirrel up a tree and fell off. But we're not aware of the seizure itself. It is their poor Moms who have to brace for the onslaught of worries these seizures trigger (not to mention the fear of the cost from the dogtor)

Our friend MacDougal freaked out his Mom, not just with regular diarrhea but with the dreaded bloody diarrhea, but hopefully a dogtor visit has cleared that up. It still caused his Mom a sleepless night.

There is our only cat who has received Pup of the Week, Boots, who left home, again, and returned home, again, in a blatant ploy to win twice in the same month, but we're not going to be fooled by that Sister Disco.

There is Zoey who got thrown out of the castle by the Princess' guards. But the amount of votes Zeoy received in the cutest puppy contest after her banishment was quite a reward for her.

And what about Hobo Hudson who had his worms stolen. It may not seem much to you, but you've probably never had your worms stolen. If you did you would certainly understand it is a pup of the week event.

There is poor Smoochy who got left alone when his Mom got stranded on another side of a bridge during a storm leaving them both lost in the flood. Smoochy spent all night alone with the wind blowing like thundering horses and the rain falling down like waves crashing through the roof, He and his Mom were reunited in the morning but they still shook for lives.

Finally poor Paco has peeing problems. Hopefully it is just an infection and can be cleared up with medication, but he still needs our prayers.

All of these Pups could be our Pup of the Week but we are going with the Pup who went through the most harrowing experience, one that none of us would want to go through.

Something happened to Brody's Dad. No one knows what. But he is very. very, sick. He is a young man, barely having started his life, and has a beautiful baby boy. His is in isolation in the hospital as they try to find out what is wrong with him, and neither of his babies, Blake or Brody, can come visit him,

We are going to have to do what we do best, come together as a Brigade, and do some big time praying for Brody's Dad. We are also going to have to contact the Bridge Angels and ask them to work their magic too. Brody needs our help. He misses his Dad and is terribly worried. He wants to make everything better for his Mom but can't. He even knows little Brady is scared.

It has been a week that shaped up to be a big box of vick. While there are plenty of pups with hard weeks, and who are in need of our prayers, we need to save our special one for Brody, Blake and their Mom and Dad. We so need a happy ending on this one. Let's pray we can make it happen.
Posted by Foley Monster, Pocket and River Song at 9:26 PM