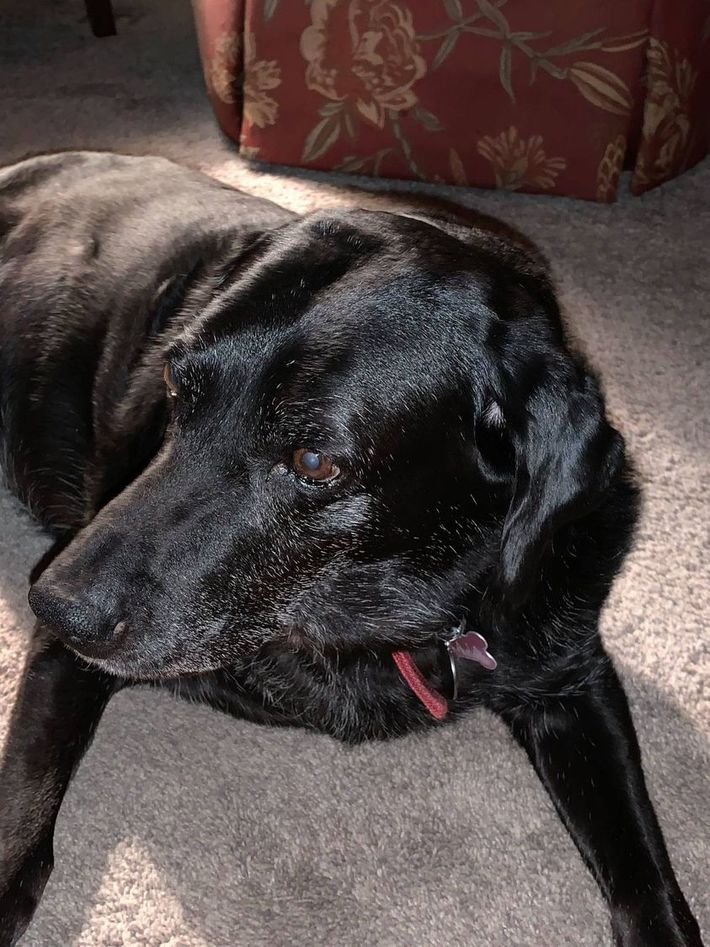 We angels spend so much time trying to comfort our parents after we leave we often forget others are mourning us, specifically our siblings, who are far more likely to follow us into the dark than our parents are.

Pocket knew I was sick and didn't mourn me when I was gone but concentrated on aiding my grieving parents.  River, after two months, still looks for Pocket but she loves being an only dog.

Other dogs don't adjust as well. One of them, Raja, arrived at the Bridge this week after suffering from a myriad of issues none more significant than a broken heart after losing her brother Logan.

Through many adventures, Raja was Logan's sidekick, and despite watching Logan deteriorate before her eyes, she was still stunned when he passed.  Each day she would check his bed and other favorite spots, but her brother never appeared.

When Logan went to the Bridge, he took part of Raja with him, which proved to be vital. Raja was never the same dog after Logan departed.

She became part of the world-famous lab pack at four years of age. When her first mom could not take her when she relocated, the woman picked Moma Wendy to care for Raja, and she could not have chosen more wisely.

Raja had a tumor on her tail when she arrived. Mama Wendy is a  firm believer that once a dog enters your life, it is there for good, and she paid the hefty vet bill, so her latest baby was healthy.

Thus began a wonderful life filled with swimming pools, visiting friends, dog parks, and a significant lifestyle change when the pack moved from the Arizona desert to rainy Washington.  She did it laughing all the way.

She even won the heart of the legendary Smoochy, who she married before the angels called him to the Bridge.  Her husband would surely be one of the angels awaiting her arrival.

When Raja, aided by her mom, passed from one side of the river to the other and gained immortality, Smoochy, holding flowers, was waiting next to his mortal brother-in-law's namesake Brody, Hattie Mae,  Lily, Hobo, Tommy Tubes, Leo, her brother Dodger, her beloved Logan, and many more friends. When she arrived, Smoochy gave her the flowers and put one delicately behind her ear, and then she hugged Logan sniffed, and cried, communicating more than they could have using words.

Then, after a knowing nod between them, the Labbies ran off together. They spent hours going over hills, through fields, and fording rivers with three hearts beating as one like they had done in their glorious youth. Then they joined their friends for a welcome to the Bridge feast.  With full tummies and hearts, the trio began to devise a way to reach their mom through dreams.  If anyone can do it, the Labbies can, using their power of three.