Blossom Knocks on the Door 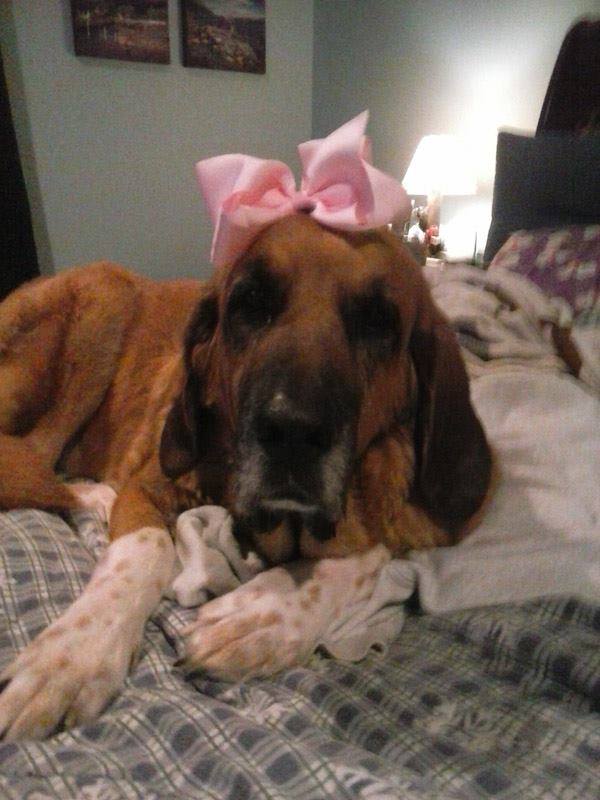 I had it. There were far too many Bridge crossings in July. It was time for a stupid and futile gesture, and I was just the Angel to do it.

I ordered my minions to build a door on our side of the Bridge. Without a way to access the immortal side, no soul could pass. I was looking at my creation when I heard a human clearing her throat behind me.

I turned to see Miss Laura looking at me sternly. “What is that!?” She asked like a cross mother who discovered her child had scrawled on the wall.

I explained how I was blocking the entrance so pups could not pass over. “You are just making any dog who leaves the mortal world walk in limbo,” she explained. “It won’t stop them passing.”

I explained how limbo would become full, creating a pack of undead dogs who would spill over to the mortal side, creating havoc. That would inspire humans to find a way to extend dogs’ lives, thereby lessening the amount crossing over. It was ingenious.

Miss Laura told me that it would not work out that way and to take down the door.  I explained my minions made it with solid steel and assured me a nuclear bomb could not bring it down. Then I heard the familiar sound of a galloping greyhound.

Our good friend Wishbone raced past us and slammed headfirst into the door, which instantly shattered. He was dazed and groggily asked me who had built the barrier. I told him I didn’t know but would investigate.

Then I saw what brought Wishbone to the crossing. His sister Blossom had passed to the Immortal World. This was the exact scenario I wanted to avoid.

Blossom was a bloodhound from Iowa who was more of a family dog than a hunter. She was brought to a shelter in Kentucky at six months old. The workers fell in love with the sweet and gentle soul. They would have loved to keep her forever, but that would be selfish. Her family was out there waiting for her, even if they didn’t know it.

It turned out to be one of my favorite families:  The Campbells, who had rescued Wishbone after several Bridge brushes. They learned of Blossom and immediately fell in love.  The dad drove from New Hampshire to Kentucky and brought the precious girl home to her new family.  She paid them back with sweetness and devotion for 13 years.

But even the most beautiful songs must end, and that is what happened with Blossom’s tune this week.   13 is quite an achievement for a bloodhound. I don’t know what ended her life, but I know it is love that sustained it.

Blossom was greeted by her Angel siblings Cleo, Ed, Dakota, and Annie. Also, there was Paula Malatesta, who originally rescued Wishbone. Between her family angels, both pet and human, plus two great dog rescuers, Blossom could not be in better hands for eternity, or at least that far distant date her parents arrive.

Blossom’s mom asked for her friend Miss Laura to greet her newest Angel. I hope she is comforted knowing she did and that Blossom will always feel the love and devotion she showed her parents.

And we hope Blossom’s family finds dogs who will make them feel the same.

Posted by Foley Monster, Pocket and River Song at 10:53 PM