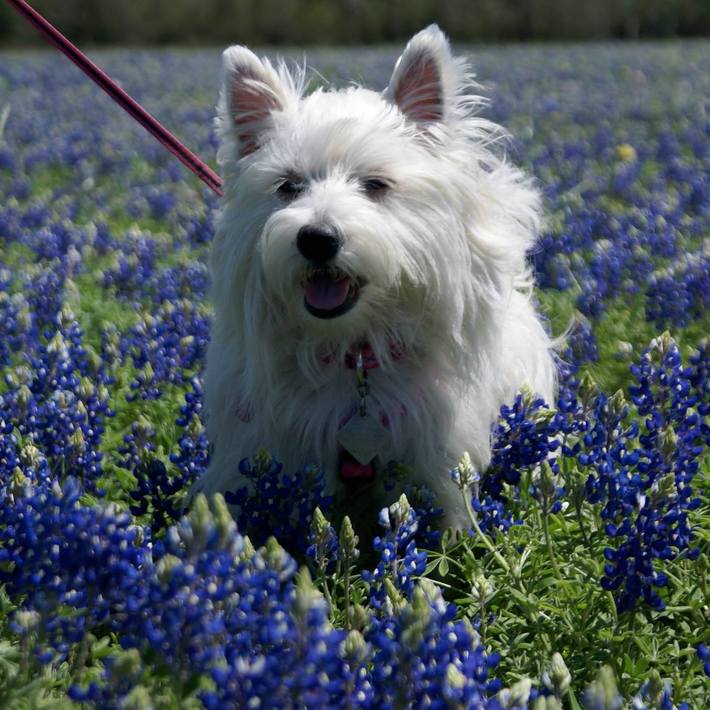 When my dear Blogville friend Finley Westie crossed the Bridge, she was greeted by her sister Whitley who barked, “What the hell are you doing here?

IWhat made Whitley react harshly when greeting Finley was a promise the latter made to stay with their mom and teach her siblings to be proper pets. Whitley saw her arrival as breaking a vow.

“I couldn’t stay forever,” Finley defended herself. “I tried to hide my pain from mom, but you know how perceptive she is. When I became incontinent and couldn’t settle down without yelping in pain, she made a choice to send me to the Bridge because she cares for me more than she loves receiving my adoration. She would sacrifice her heart to take on all my pain so I can be comfortable once again.

Even Whitley, who is totally devoted to their mom, had to admit Finley tried to fulfill her promise.  She gave her sister a hug and kiss and welcomed her to a new life at Rainbow Bridge.

I often concentrate on the pain felt by parents when a dog crosses the River, but they are not the only ones to suffer. Finley left behind Brinley and Kinley, who never expected that either one of them would have to take over her role as the boss.

Before her departure, Finley gathered the Harris family pets, including Kitty Bowie and Angie the cat, together. He told them that she would soon be departing to the Bridge, and one of them would have to be the head of household. They knew from watching Finley what an arduous task that was, so none of them stepped up to take the role.  Finley selected a reluctant Brinley even though she secretly thought Angie would fill the void because cats abhor a vacuum.  Of course, to be in charge means forgoing the nip, which is a tall task for any addicted cat.

Having set her affairs in order, Finley was ready to leave her family and friends to sail on the River of LIfe into the sunset until she reached the Bridge. Along with the love she gave her mom Finley also provided a valuable lesson. Finley was her last dog acquired from a backyard breeder who was more interested in money than healthy dogs. Finley suffered through heart murmurs and allergies her whole life. Some parents may have found her upkeep too much to handle, but her mom kept her on the mortal side for more than 15 years through the power of love and prayer.

Her mom treated her to one final night of family fun as she got ice cream and steak, a fit final mortal meal for any dog, plus lots of love and attention from everyone.

Soon the Angel Westie duo was joined by Crocket, Jezebel, Charlie, and Maurice the Harris’ family  Angel cats. They had fallen asleep and missed Finley’s arrival; at least, that was their story.  Cats keep their own schedule.

They found a tree to lie under and exchange stories. Their laughter sounded like soothing music. Finley and Whitley were reminiscing about when they would ride in the basket attached to their mom’s bike handlebars. The three cats told them they had a surprise for their dog brethren. They ran behind a bush and returned sitting on a bicycle made for three with a wire basket on top of the handlebars. Jezebel told the two dogs to hop on board. It was bike riding time.

The sight of two dogs sitting in a basket of a bicycle built for three pedaled by three cats may be an unusual sight on the mortal side, but to us, it's just the sign of another sweet family reunion
Posted by Foley Monster, Pocket and River Song at 10:03 PM