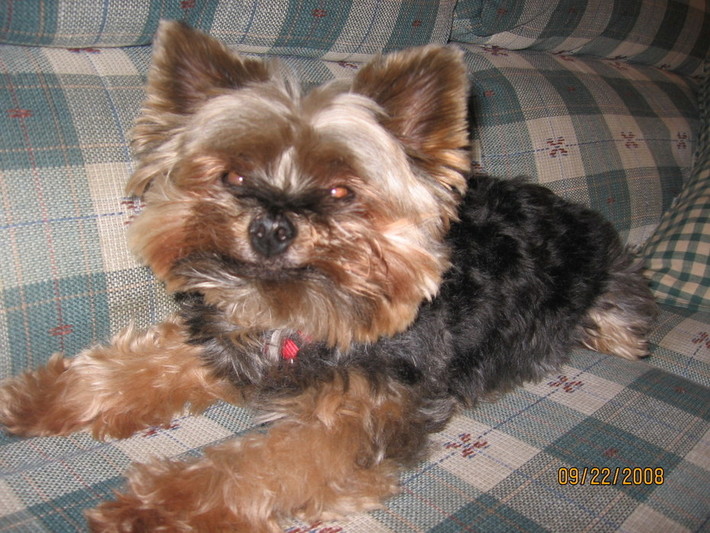 I’d do anything, for you dear, anything, except maybe get between you and a rattlesnake.  I don’t want to mess with one of them.

To begin with, I was very fortunate to have you as a mother.  You never lived anywhere that had rattlesnakes.  I appreciated that.  Snakes are disgusting.  I don’t trust anything that moves but doesn’t have feet.  It is contradictory to all the laws of nature.

Plus, they have the rudest way of protecting themselves:  They bite.  I know dogs do too, but only as a last resort.  Snakes do it out of boredom.  And our bites might cause you to get some stitches, but snakes will kill you.

But Redd, a 7-year-old Labrador retriever, let none of those thoughts bother him when his human found a rattlesnake that was ready to bite.

I wish I could tell you that the human who Redd saved was doing something foolish.  He is 18 years old, and his name is Timmy Lockhart.  Instead of hiking barefoot on an unmarked trail, he was doing his laundry.  Of course, most teenagers would have rightfully balked at the task since laundry is boring, and now, they found out, it can get you killed.

Timmy lived in San Diego.  You wouldn’t think of snakes there.  Mainly its beaches and liberals.  So, you would imagine Timmy was more likely to encounter David Hasselhoff or Bernie Sanders than a snake, although they can be equally deadly.

In San Diego, houses are slapped together quickly because it is a matter of time before an earthquake wipes them out, so why spend a lot of time building expenses?  Because of this, the family laundry room was separated from the house, and Timmy had to step outside to get to the dryer, where, under a table near the machine, a rattlesnake lay waiting.

Lockhart was near the dryer when he heard the death rattle.  The snake slowly slithered towards him.  Suddenly, having heard the noise and knowing his human brother was in peril, Redd ran into the laundry room, situated himself between them, and growled at the rattler.

Redd had a huge size advantage over the snake, but not the reflexes.  When Redd bent down to bite the snake, it struck at him, sinking its teeth into Redd’s tongue.  Before either Redd or Lockhart could react, the snake bit Redd on the neck and then slithered out of the room.  Redd knew he had venom coursing through him, and while he didn’t want to go to the Bridge, doing so saving a human was a noble death.

Lockhart scooped Redd into his arms and yelled for his mother, safely inside and not worried about sending her son into a snake pit to separate the whites from the coloreds.  She rolled her eyes, said, “now what,” and then realized that Redd, the only soul in the house she could stand, was in danger.  They rushed Redd to the vet; both afraid he would pass over in the car.  When they reached the doctor, Redd was given a few doses of anti-venom and kept for the night, while the mother took several shots of Seagram’s and Seven and passed out on the couch.

After two days, Redd was returned home with only nerve damage in the tongue that made him bark, “rush, rush,” and cause Geddy Lee to offer the family a million dollars to have Redd introduce his band at concerts.  Thankfully, Lockhart and his mom agreed the dog had suffered enough.

Sadly, despite Redd’s best efforts, the mom still will not go to rehab.

Posted by Foley Monster, Pocket and River Song at 11:27 PM