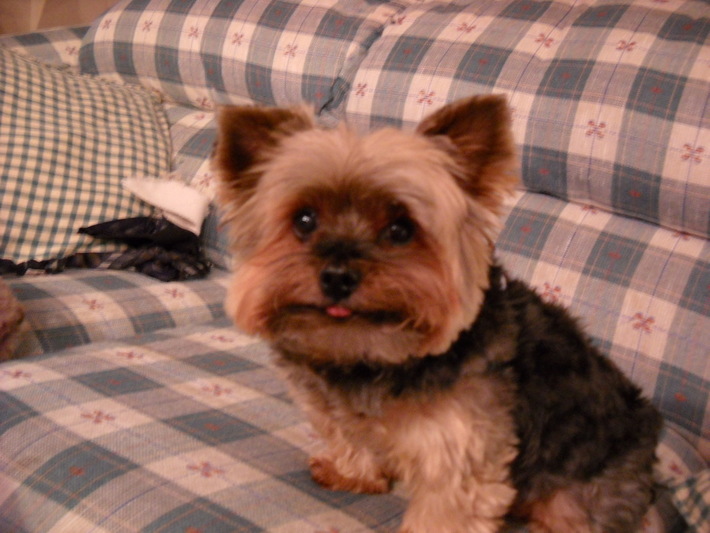 Every dog boasts that their parents are the best, but Monty, a labradoodle, hard facts to support his claim.

Monty and his dad Carlos loved hiking.  Every weekend brought another adventure.  Monty not only loved accompanying him, but the higher he went, the smells became stronger and more exotic.  Monty, a very well-trained pup, climbed off-leash and was allowed to explore places his dad could not go, but he always came right back when his dad emitted a sharp whistle.

As Monty aged, his dad noticed his best friend’s energy waned, and their rest periods grew longer.  When Carlos took Monty to the vet, his fears were realized.  Monty had leukemia, and there was nothing Carlos could do but keep his friend comfortable.

Monty still wanted to go with his dad on their hikes, but his spirit was stronger than his endurance.  When Carlos knew he would have to give Monty the greatest gift by freeing him from his pain and sending him to the Bridge, he decided to take his friend on one more hike.

Carlos recognized that Monty could not climb, so he decided to place his best friend in a wheelbarrow and push him up the mountain.  It was an arduous task, but it was powered by love.

While they climbed, with Monty lying on a blanket in the wheelbarrow, their fellow hikers, who had come to know the man and his sweet dog, stopped to say goodbye to the pup.  Monty was full of smiles and licks.  Finally, Carlos pushed Monty to the trail’s highest peak; he removed the dog from the wheelbarrow, and they looked over the trails they had freely climbed when Monty was younger, and they snuggled together.

Ten days later, Carlos held Monty on his lap as he departed for the Bridge with a heart full of love.

I saw Monty run across the Bridge and transform from a tired, sick dog to a pup bursting with energy.  He patiently took the Angel oath; then I introduced him to Cassie and R, the black dog, two Angel friends who were dedicated hikers themselves. They promised to take Monty into the mountains to find the trails he took with his dad. The Bridge is a two-way mirror of the mortal world. It reflects the land we once romped in, and we can see the mortal world while all the living humans see shadows.

They asked me if I wanted to accompany them. I was not much of a hiker, but I was up for an adventure. They generously waited for me as we walked the trails Cassie took with her father, and the high mountains and valleys R made his own.

Then we came to Monty‘s trail, and we saw his father slowly and sadly walking alone.  We motioned to Monty to join his dad. Only we could see his ghostly form following the man’s footsteps.  Monty was trying to use his angel power to be seen.  While he didn’t take Corporeal form, he did in a flash appear, step on a branch and snap it, and was gone again.

His dad stopped walking.   He knew there was nothing on the trail that could make that sound. Then he sensed Monty rubbing his muzzle on his leg. A recognition came over him, and as he moved on, he slightly smiled, knowing he would never take this walk alone again.